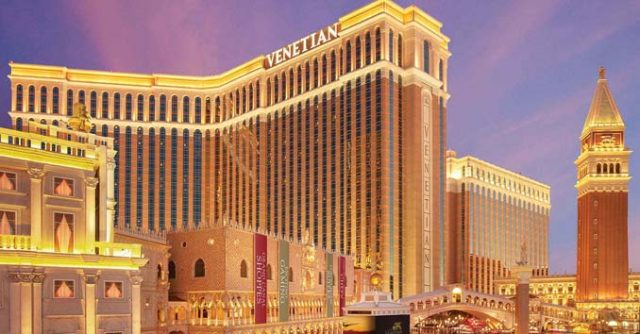 The Las Vegas Sands Corporation and The Madison Square Garden Company are planning to build a new 17,500-seat next-generation, live music venue behind its Strip resorts.

James L. Dolan, executive chairman of The Madison Square Garden Company, said, “Through our experience with the Forum, we’ve realized that there’s a real need for venues that focus specifically on music and entertainment. Now we’re taking what we’ve learned and expanding MSG’s portfolio of celebrated venues into key markets, where we can use our building expertise, operational excellence and industry relationships to ensure they become thriving destinations that continue to set the standard for entertainment. Las Vegas, as an underserved concert market, is an opportunity that Irving Azoff cultivated and brought to our attention. With his continued involvement, and our relationship with Sands, we look forward to creating a world-class venue that exceeds the expectations of both artists and music fans.”

“A world-class performance venue with direct connectivity to our Venetian and Palazzo resorts will undoubtedly be positive for our business in Las Vegas, but it is also exactly the type of investment that is important to the long-term interests of Las Vegas as a leading international tourist destination,” said Las Vegas Sands Chairman and CEO Sheldon G. Adelson. “At a time when significant conversations are taking place about the city’s future tourism needs, a state-of-the-art venue designed, built and exclusively dedicated to bringing the world’s greatest musical and entertainment acts to Las Vegas is the type of development we should all be excited about.”

Irving Azoff, chairman and CEO of Azoff MSG Entertainment, said, “The tremendous success of the Forum illustrates the power a world-class music and entertainment-focused venue has in attracting both leading artists and music fans. We believe this opportunity in Las Vegas, which welcomes more than 40 million people a year, will take this model to a whole new level. Las Vegas is known for many things, but until now its entertainment options did not include a state-of-the-art, large-scale destination created specifically for major concerts. That will change with this never-before-seen venue, which will be an experience in itself, bringing people to Vegas for the biggest concerts and events in the world. This will include the excitement of mixed martial arts as we look forward to working with the Fertitta brothers on bringing UFC events to the new venue.”