Las Vegas is becoming a cultural epicenter for art and artists. From the newest 18b Art District to numerous museums, music venues, and world-class eateries, Vegas is growing far beyond its gambling roots.

In a city where false glamor and over the top displays are commonplace, it’s hard to believe that edgy art and independent artists have a place. But all that has started to change, and the Las Vegas Art scene is attracting artists and galleries who are loving what’s happening throughout the city.

A look at the Growing Las Vegas Art Scene… If you want to get a crash course in Las Vegas’ booming art scene, First Friday is the place to start. In one night you can get an idea of exactly what’s happening in Las Vegas, and meet some of the best local artists in the valley.

The event happens, just as the name implies, on the First Friday of every month in the Las Vegas 18b Arts District and the new The Fremont Entertainment District (Fremont East).  While First Friday events happen all over Downtown Las Vegas, the major hub of activity is centered around Casino Center Blvd in between Colorado St and California St. with an extension on 3rd St and Colorado. Click here to see the First Friday Events lineup for this coming month. 18b is really the heart of the Las Vegas Art Scene and is becoming a cultural epicenter in a city that really needed it. The downtown Las Vegas area is packed full of art galleries, working art studios, theaters, music venues, shops, and unique art inspired bars and restaurants.

Map of Galleries in 18b For the real art lovers, who want to go beyond the First Friday experience and really dig into the actual art, Preview Thursday gives local Las Vegas art enthusiasts a chance to get up close and personal with the artists. The great thing about Preview Thursdays is it allows art buyers to mingle with other art lovers, without having to deal with the larger First Friday crowds.

Many of the local galleries host events specifically geared towards art buyers.

The Smith Center for the Performing Arts If the performing arts in your thing, Las Vegas has you covered.

Set on nearly five acres in Downtown Las Vegas, in the 61-acre urban development known as Symphony Park, The Smith Center for the Performing Arts is a world-class performing arts center that brings in some of the top artists from around the world.

Opened in March of 2012, The Smith Center for the Performing Arts has slowly gained a reputation for holding world-class Broadway shows, ballets, concerts and plays. Designed by architect David M. Schwarz, the Art Deco design is unlike anything else you will see in the city. If independent edgy art is what you’re looking for, then you need to check out Downtown Spaces & Naked City Studios. Downtown Spaces is a Mid-Century Modern art complex that features a collection of galleries, tattoo studios, shops and creative studios where you will see local artists doing their thing. Currently, The Fremont East Entertainment District is 6 blocks long. The boundaries are from Las Vegas Boulevard East to 8th Street and then from Ogden Street South to Carson. 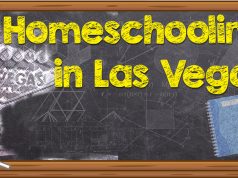 Homeschool in Las Vegas: How to Pull your Child out of CCSD and take Control of their Education! 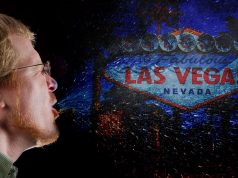 Allergies in Las Vegas: How to keep your allergy symptoms in check!