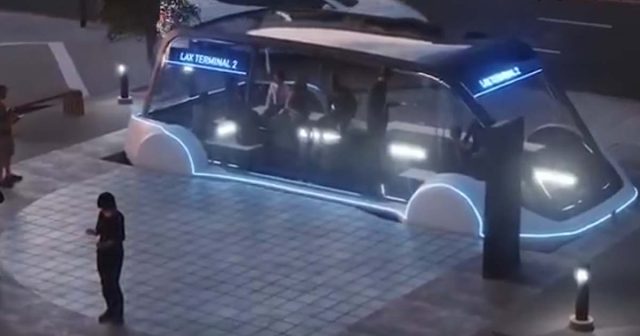 Elon Musk is in talk’s with some high power Vegas players to bring his “Loop” transportation concept to Las Vegas.

Musk’s tunnel construction company, The Boring Company, could solve a number of traffic/parking problems that will be made worse once the Raiders stadium opens in 2020. The rumor comes as a monorail extension to Mandalay Bay seems to have hit a financing brick wall.

The tunnel project would likely run from the Las Vegas Convention Center to McCarran International Airport, with stops at various Strip casinos in between.

To alleviate traffic problems, The Boring Company has been pitching their loop concept throughout the United States. A large network of layered tunnels would create a “high-speed underground public transportation system in which passengers are transported via compatible Autonomous Electric Vehicles at up to 155 miles per hour.”

A look at what the LOOP Tunnels system would look like:

In December, 2018, The Boring company successfully tested a smaller version of the LOOP in high-speed tunnels specifically designed for the electrically powered Tesla Model X.

On its website, Boring Co. says the system is not like traditional subway rail tunnels. They claim the Loop tunnel systems are safer because they do not have a high-voltage third rail and exits in the tunnels are “safer and wider” than existing comparable infrastructure. They also claim that fire risk is negligible compared to subways because of the lack of a third rail, and because of the tunnel’s non-flammable concrete lining.

Boring Co. has been in talks with several municipalities about its tunnel-based Loop transit systems.

UPDATE: The LVCVA has confirmed that they are in talks with Musk to bring the Loop to Las Vegas.

“The selection of The Boring Company for the Las Vegas Convention Center’s on-property, guest transportation solution leads the way to the evolution of transportation overall in Southern Nevada,” said LVCVA CEO and President Steve Hill. “Our destination thrives on innovation and reinvention and The Boring Company’s concept allows us to continue providing the world-class experience our guests and clients have come to expect and move people in an efficient and cost-effective manner with advanced technology.”

Currently in the midst of an expansion, the Las Vegas Convention Center will span 200 acres when complete in time for CES in 2021. Conventioneers walking the facility will log approximately two miles from end-to-end hence the need for an on-property guest transportation solution. In 2018, Las Vegas had more than 42 million visitors. The Las Vegas Convention Center hosts more than 1 million convention attendees annually. The Regional Transportation Commission of Southern Nevada carries approximately 12 million passengers per year within the Las Vegas Boulevard Resort Corridor.

“We are excited to work with the LVCVA to provide a world-class mass transit system in Las Vegas,” said Steve Davis, president, The Boring Company. “Upon approval, it can be in use by Las Vegas Convention Center guests within one year, supporting the LVCVA’s expansion timeline.” 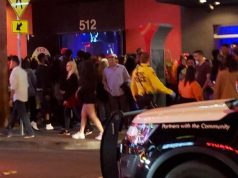 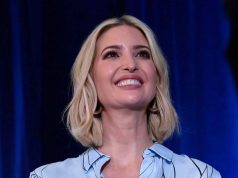 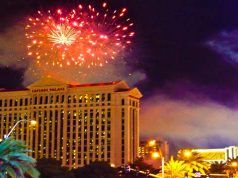 New Year’s Eve in Las Vegas: How to do it Right!