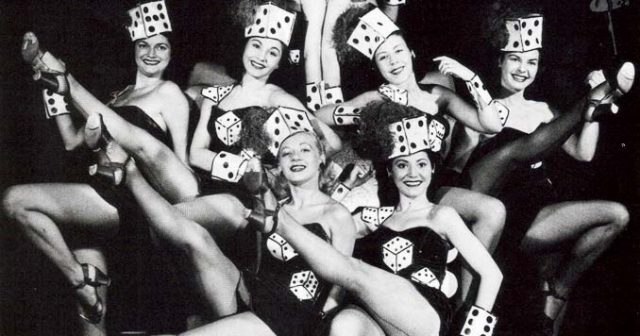 Las Vegas and shows go hand in hand. Shows have been a part of the Strip’s history dating back to the early days when brightly colored showgirls dazzled guests on a nightly basis.

These days the shows have taken on a life of their own, featuring cutting-edge special effects, world-renowned talent and big-name headliners. No matter how much Las Vegas changes, Vegas shows will always reign supreme.

With so many shows to choose from, we’ve created a list that separates the best from the rest. With selections from Cirque du Soleil along with the best magic and music shows, as well as shows that don’t fit the traditional molds, there’s no question that you’ll have fun with any one of these classic Las Vegas shows.

While O at Bellagio might not be the newest Cirque du Soleil production on the Strip, it’s the show that set the gold standard for every other show to follow it if you happen to find yourself at Bellagio when the O Theater lets out you’ll hear the excitement from guests who just witnessed the spectacle.

O has been amazing guests nightly at Bellagio since 1998. The theater includes a 25’ deep pool that holds an impressive 1.5 million gallons of water. (Be sure to ask the box office about wet seats if you’re sitting in the front row, as splashing can occur) With synchronized swimmers, gymnasts, divers and more from 16 countries, this talented cast knows how to deliver a performance for the ages…and they do it twice a night.

O offers two performances Wednesday through Sunday at 7 pm and 9:30 pm, and the show is dark Mondays and Tuesdays.

Le Reve – The Dream is a mind-bending performance at the Wynn, dreamed up by Cirque du Soleil legend Franco Dragone. The show itself is based on dreams, kicking things off with a woman who falls asleep while her bed becomes submerged in the theater’s 1-million gallon aqua stage. That’s when the magic begins.

It’s not surprising that Le Reve just might be the most ambitious Cirque show of all time. Steve Wynn has been working with Cirque for years, and when he put his name on a resort he wanted his hotel to have the best Cirque show on the Strip. To that end, Le Reve is set in a circular theater-in-the-round where the seats are so close to the action that the back row is only 40 feet from the stage. It’s an intimate experience where every seat is a great seat.

Le Reve combines aerials, synchronized swimming, comedy, and feats of incredible athleticism from a diverse cast of 87 performers from around the world.

Le Reve offers two performances Friday – Tuesday with shows at 7 pm and 9:30 pm. The show is dark Wednesdays and Thursdays.

New York New York’s Zumanity is the Cirque show that will leave visitors breathless. This sensual exploration of human interaction and sexuality will captivate guests and take them for a walk on the wild side. The show originally debuted in 2003 and has recently been overhauled, so if you saw it previously, there’s all new material to enjoy.

Zumanity is the perfect Cirque show for couples enjoying an anniversary, complete with special loveseat seating available. It’s something that will turn you on and turn up the heat the whole way through. Between seductive dances, high-flying aerobatics, sensual contortionists, plenty of innuendoes and adult humor and a pink champagne-filled bathtub, there’s a reason they call Zumanity “the sensual side of Cirque du Soleil.”

Zumanity has shows at 7 pm and 9:30 pm Friday – Tuesday and is dark Wednesdays and Thursdays.

David Copperfield has been dubbed the “greatest illusionist of our time,” and he has dazzled fans all over the world with his live shows and television appearances. Copperfield’s show at the MGM Grand is his biggest venture of all, and it’s sure to leave guests in awe.

Magic shows have been a staple in Las Vegas, but there’s no question that when it comes to death-defying and mind-bending feats of illusions, David Copperfield is unparalleled in his craft and his show stands alone when it comes to focusing on the magic itself. He’s a master showman who knows how to captivate his audience from the very beginning and hold them enthralled the whole way through.

Copperfield performs seven days a week with two shows daily, and three shows on Saturday which includes a 4 pm “matinee” that allows guests to see a show and still have time to go out later on in the evening.

Penn & Teller have been delighting fans at the Rio since 2001, which gives them the distinction of being the longest-running headliners at a Vegas hotel. There’s a reason fans keep coming back for their show year after year, and that’s because the Penn & Teller brand of magic goes beyond hat tricks. They combine humor, false starts, flame-eating showgirls and a cow. Yes, a cow.

Penn & Teller have a very unique brand of magic that is based more upon entertainment than anything else. In fact, it’s the perfect show for people who aren’t huge magic fans because there are so many other elements to keep things fresh and fun for everyone.

Included with every ticket is the chance to meet the duo during a meet and greet after the performance, which is usually an upsell for any other act. Penn & Teller have a genuine appreciation for their fans and love being able to say hello to everyone in attendance.

Criss Angel has returned to Planet Hollywood with shows in the newly renamed Criss Angel Theater. “It’s amazing to be back home at Planet Hollywood, where I began MINDFREAK in 2005. As that TV series changed the trajectory of magic on television, I believe my new show will do the same for live performance, creating a brand-new immersive experience that the world of entertainment has never had,” said Criss Angel of his new home and refreshed show.

Magic fans looking for something edgier will appreciate Criss Angel Mindfreak as something wholly different than anything else out there. This newly updated version of Mindfreak, which debuted in January 2019, features 20 brand-new illusions that have been integrated with familiar elements of Angel’s genre-shattering Mindfreak television show.

Headliners doing residencies in Las Vegas isn’t a new concept, but Celine Dion at Caesars Palace is the OG of the Las Vegas residencies because she’s the one who kicked off the modern era of huge singers coming to Sin City for long term performances.

Instead of touring, five-time Grammy-winning international superstar Celine Dion saw the value of staying in one spot and having fans come to her, and Caesars Palace loved the idea so much that they built the Colosseum for her residency. Elton John, who spent some time at the Colosseum for a residency of his own, called it “Celine’s Theater.”

Celine Dion is about to close her act in Las Vegas since kicking off her residency in 2003, with her final performance on June 8, 2019. While many big acts have called the Colosseum home over the years, Celine Dion will always be the first, so this is one show that shouldn’t be missed.

For the Vegas visitors looking for more of a classic Las Vegas music experience, Donny and Marie Osmond’s show at the Flamingo is like taking a trip through time. The brother-sister duo

have been performing for five decades and they have 50 years of music to share with fans in this high-energy show that combines singing, dancing, and a live band. Though their show is absolutely modern and updated with the duo’s dance skills from their Dancing with the Stars appearances, their show has the feel of a Vegas showroom performance of old.

With six shows a week (the show is dark Sundays), guests will have a chance to see Marie go “ a little bit country while Donny showcases his little bit of rock and roll in this lively trip through five decades of hits with the Osmonds.

Donnie and Marie are retiring from their Las Vegas residency in November, so if you want to see them you better act fast!

Seeing a Blue Man Group performance in Las Vegas is like going to a decadent buffet for your senses. Between the heart-pounding percussion, lively humor and thrilling music, there’s a little bit of everything, thrown together for maximum effect, with three bald and blue men leading the audience through this unforgettable experience.

As a brand, there have been various Blue Man iterations the world over, but there’s a reason people keep coming back to Luxor to see Blue Man Group in Las Vegas. It’s simply unlike anything else you can see, and that’s what Vegas visitors have come to expect in their shows.

There are two performances nightly at 7 pm and 9:30 pm.

Thunder From Down Under, Excalibur

Showgirls have always had an illustrious history in Las Vegas, but the Aussies have really taken over with Thunder From Down Under at Excalibur. This all-male revue combines the chiseled bodies of some of the best Oz imports with their trademark brand of cheeky humor. From birthday parties to bridal showers, this show has something for anyone looking to experience an abs-olutely amazing experience.

Thunder From Down Under offers nightly performances at 9 pm with shows at 9 pm and 11 pm on Fridays and Saturdays, making it the perfect destination for weekend bridal showers.

When making plans to see a show in Las Vegas, be sure to check with your hotel’s concierge. Oftentimes there are discounted same-day show tickets available, and your hotel concierge can connect you with the best deals or even upgraded tickets.