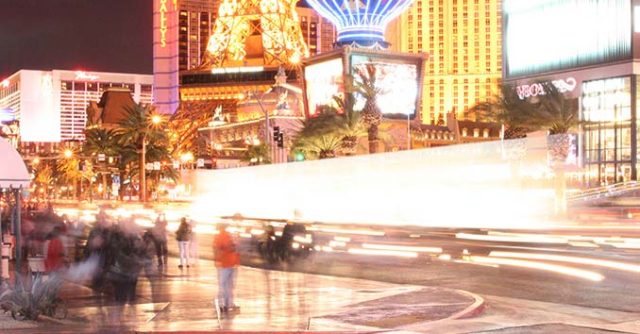 It’s VEGAS! Relax! Over 40 million people travel to Las Vegas every year, and a significant portion of those people come here alone. While many visitors think of Las Vegas as the gambling capital of the world, we also have another huge tourism draw, our conventions. Las Vegas is the most popular spot in the world for Tradeshows, Expos, and Conventions.

So what does that have to do with traveling alone? Well, a large percentage of the people coming here for conventions are coming here by themselves, and even the ones who flew in with coworkers are likely hanging out by themselves. I mean come on, most people don’t want to spend time in Vegas with the people that irritate them every day back at the office!

So back to the real source of the problem, what do you do in Las Vegas when you’re alone? HAVE FUN! This is Las Vegas; nobody cares that you’re alone. People are spending their time trying to see what trouble they can get themselves into; they aren’t too concerned with how weird you think you may look.

Plus, even the couples that come here will often split up, one playing the tables while the other shops the day away at the Forum Shops at Caesars or some other Las Vegas shopping bonanza. Seriously, nobody cares! For all they know, the person you’re traveling with is down at the pool, shopping somewhere, or playing the slots. RELAX! If you’re that worried about sitting alone when you’re out to eat, just check out one of the thousands of happy hours on the Las Vegas Strip. Not only will you find some of the best drink and food deals in the city, but most of the people who hit up these happy hours are either traveling alone or locals who know where to have a good time and score a good deal.

From about 3 p.m. to 7 p.m. almost every bar, restaurant, and pub on the strip offers some sort of happy hour specials. But if you want to hit up a spot where you are guaranteed to see a lot of people, many of them traveling alone – hey, after this you might not be traveling alone – check out the dozens of restaurants and bars at the LINQ or the Fashion Show Mall right on the Strip.

Go solo and Hit up a Las Vegas Spa 99% of the people who go to the Spas on the strip are traveling alone, or at least they are showing up alone. Las Vegas Strip Spas are awesome for solo travelers, and they are an experience like nothing you will see anywhere else in the world. You can lounge the day away sitting aside their private pools, relaxing in their gigantic hot tubs and steam rooms, or getting a massage that will melt away every worry you had before you landed here in Las Vegas.

Check out our list of the top spas on the Las Vegas Strip. One note of caution on the Las Vegas Club Scene: if you do decide to go it alone, I suggest being extra vigilant. Just like anywhere, when you put a bunch of drinking people in a room there are going to be some people looking to take advantage of the situation, making it hard on the solo traveler who has no one to watch their back.

Here is our List of the Top Las Vegas Nightclubs

A better Option for the Solo Traveler: Bars and Lounges: Honestly, you are probably going to have a better time at one of the many bars or lounges in Las Vegas. Not only are they cheaper than the nightclubs, but in my opinion, they are often more fun and much safer for anyone who is out here alone. Las Vegas is a shopper’s paradise. From designer products and luxury swag to discount malls and tourists shops, we have it all. And when it comes to going it alone, shopping is one area where nobody is going to notice.

Some Shopping Hotspots to Checkout…

How to Get around Town when you’re Alone For the most part, Las Vegas is pretty safe; at any given time there are hundreds of police officers and security guards on the Strip, so you usually don’t have to worry about the crazies. That’s not to say they aren’t out there; they are; but as long as you steer clear of the scam artists and the bums, you will be okay. It is Las Vegas, so we do attract the rift-raft, but they are generally on the overpass bridges and stay away from the casinos.

As far as the best way to travel, I suggest staying off the buses – hell, I’m a local and most of the people on their scare me – stick to things like the trams, walking, or taking Uber and Lyft. Vegas Solo has an excellent article about solo female travelers using Lyft in Las Vegas.

Free Trams and the Monorail… There is Free Tram Service in between the Mirage and Treasure Island; a Free Tram that hits The Shops at Crystals, Aria, The Bellagio, and the Monte Carlo; a Free Tram that hits The Excalibur, The Luxor, and Mandalay Bay, and of course the Las Vegas Monorail which has seven stations: MGM Grand, Bally’s / Paris, Flamingo, Harrah’s / The LINQ, Las Vegas Convention Center, Westgate Las Vegas and SLS Las Vegas. Rates for the monorail start at $12 for an unlimited one-day pass for one person.