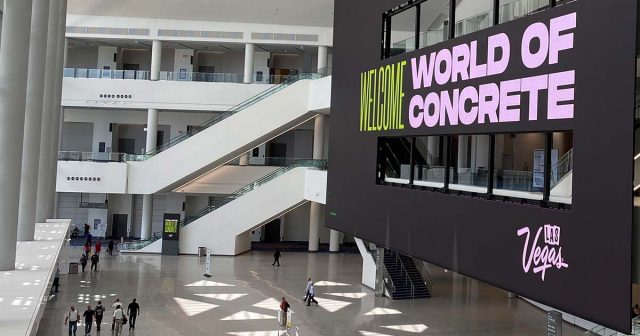 On Tuesday, the first major convention in over 15 months returned Las Vegas, as the World of Concrete kicked off a smaller, summertime show in the new $1 billion Las Vegas Convention Center Expansion.  The convention, which usually draws over 60,000 attendees right after CES in January, was a shadow of what it used to be, but for many, it was a welcome sight to see anyone walking into a Las Vegas Tradeshow after the industry was decimated by the Sisolak shutdowns.

For over 15 months, tens of thousands of convention industry professionals have been waiting for this day; while most are still out of work, many hope the World of Concrete will act as a catalyst for the return of conventions to the city.

Show organizers haven’t released official attendee numbers yet, but from our own vantage point of the show we would be shocked if that number exceeded 20,000 actual attendees; in fact, in the new expansion hall it often seemed like we were seeing more vendors than actual attendees. That being said, on a personal note, we think it’s beyond commendable that WOC added the summer show to the mix when they could have waited until January 2022, when their annual show returns to its normal schedule.

UPDATE: Official numbers were released and the show had an attendance of 10,000, 50,000 fewer than normal conferences in previous years.