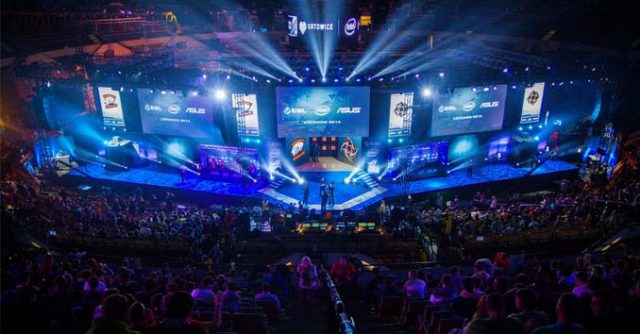 Yes, professional video gaming is actually a thing, and the Las Vegas Strip is will soon open its first eSports arena.

“We have very ambitious expansion plans over the next two years, and when we realized that a location at Luxor was possible, we jumped at the opportunity to develop our flagship here,” Allied Esports International CEO Jud Hannigan said in a news release.

“Just as Yankee Stadium, Madison Square Garden and Wembley Stadium are considered their sports’ most aspirational venues by players and fans alike, Esports Arena Las Vegas will be the iconic destination in esports and complement the city’s incredible appeal, attracting video gaming competitors and fans from around the world.”

eSports (professional video game competitions) have been growing in popularity. With increasing availability of online streaming platforms and high-speed internet services, the global eSports market generated US$325 million of revenue in 2015 and is expected to make $493 million in 2016; the global eSports audience in 2015 was 226 million people.

Esports Arena is working with Luxor and renowned design firm YWS Design & Architecture to transform the space currently occupied by a 30,000-square-foot nightclub into a multi-level arena complete with a competition stage, LED video wall, telescopic seating, daily gaming stations, a robust food and beverage offering, and state-of-the-art streaming and television-quality production studios. The arena will provide a ready-to-go championship destination for tournaments, leagues and high stakes match-ups in a setting designed to deliver an unparalleled fan experience.

Niklas Rytterstrom, general manager of Luxor, said, “Our company is the leader in the entertainment industry and recognizes the exciting growth in esports. With this partnership, we will introduce a new experience to the market, once again elevating the city’s vast entertainment offerings.”

“We’ve closely watched the growth and excitement around esports for some time and we think this is going to be a great additional amenity for our customers,” Luxor general manager Niklas Rytterstrom told ESPN. “We just wanted to make sure that we were partnering with the right company and Allied have the knowledge and expertise. Arguably more importantly, they have a great vision not only for what they want to do with the space here at the Luxor, but their global expansion. We’re pretty excited about it and are certainly open to more events with esports.”