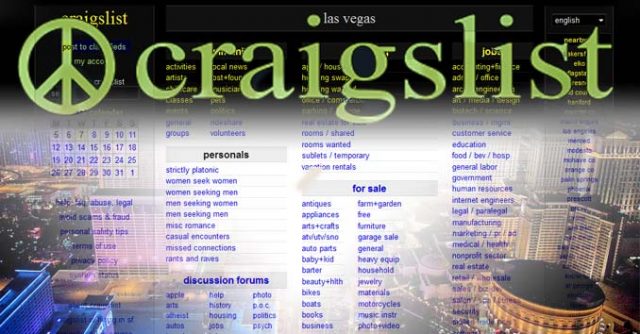 It doesn’t often make the news, but websites like Craigslist and Backpage are havens for local Las Vegas criminals, and each and every day dozens of people are robbed, assaulted, scammed, and victimized after being targeted through these websites by criminals and organized crime.

Craigslist in Las Vegas is particularly dangerous because of how many criminal organizations use it and sites like Backpage to solicit vulnerable girls into prostitution and then traffic them in the city and throughout the world.

In August 2016, David Coil,  63-year-old Las Vegas man, used ads on the personals section of Las Vegas Craigslist to lure teenage girls into sex trafficking. Luckily, one of the man’s victims told a local teacher about the crimes and police were able to arrest him and charge him with sex trafficking.

In June 2016, four people were arrested after a Craigslist dishwasher sale turned into a botched robbery. One person was arrested after police found drugs in his car.

Scams through the Rentals Section on Craigslist

For years now in Vegas, unsuspecting renters have fallen victim to criminals who use the sites rentals section to scam people into renting houses that they don’t actually own.

The scammers place ads in the rental section and then break into local foreclosures. When unsuspecting renters show up they either rob the people who think they are going to look at a property, or they give the person a set of keys, take the money, and are never seen again. Some people have actually moved into these homes, only to find out they did not have a valid lease.

Crimes through the Las Vegas Personals Section on Craigslist

This is one most people don’t report!

The personals section on Craigslist is basically a giant forum for prostitution and sex trafficking, because of that each and everyday unsuspecting locals and visitors are robbed when they show up to local condo thinking they are going to meet someone for a “good time.” These crimes often go unreported, because the person doesn’t want to admit that they themselves were attempting to do something that is not legal in Las Vegas.

In 2014, Henderson police arrested three people who used Craigslist to lure a man to a vacant home where they then kidnapped him, assaulted him, and robbed him of his belongings. They lured the victim to the home using the Craigslist personals section. He arrived at the home thinking he was meeting the person in the ad but was met by three criminals instead.

Protecting yourself from being scammed or assaulted when buying and selling on Craigslist Las Vegas.

Earlier this week we spoke with Survival expert Robert Richardson from  OFFGRID Survival, and he shared these tips with us.

Don’t ever meet anyone without first doing a little bit of research on that person. Most legitimate people are going to list some information about themselves or provide you with a name, phone number, or address. Once you have that info, use it to look the person up online. Look at the person’s Facebook page; search their name, phone number and address on Google; and make sure you know exactly who you are going to meet.

These days everyone has a digital footprint, if you can’t find anything about the person, it’s likely a scam or someone who could be targeting you for assault or a robbery.

Ask Questions Before Ever Agreeing to Meet

I always try to talk to the person on the phone before I meet them, This at least gives me a sense of the person I’m going to be dealing with and can help me pick up clues that I wouldn’t be able to do in an email.

If the seller can’t answer your basic questions, it’s probably because they don’t have the product that is listed, and there is a good chance you are being set up!

This is a HUGE RED FLAG. If a seller doesn’t provide you with anything but a phone number, they have something to hide!

ALWAYS meet in a public place.

Most of the people that are using Craigslist to commit their crimes don’t want witnesses; meeting buyers and sellers in a public place like a Starbucks, a metro police parking lot, or cafe will go a long way in helping to ensure your safety.  Most of the criminals on Craigslist are looking for easy targets; they are not very likely to rob you in a coffee shop full of people.

If it sounds too good to be true, it probably is

A lot of these Craigslist scams are pretty easy to spot. If the deal sounds too good to be true, you are better off passing. If the price is half the price of similar items on the site, you are either buying a stolen product or on your way to meet someone who is about to take your cash forcibly.

Never go to a secondary location

If you arrive at the predetermined meeting point and the seller asks you to go to another place or follow him somewhere, this should raise some serious red flags. There is no reason for a seller to ask you to go somewhere else.

You should always have someone with you who can watch your back. If you are meeting in a public location, show up early and scope out the area. Watch for the seller, and make sure everything looks legit. If you have even the slightest feeling that something seems out of place, trust your gut and get the heck out of there

Don’t ever place ads that show your home or contain Meta Data inside your Photos: Those innocent photos you’ve been posting might not be as innocent as you think; in fact, they most likely contain hidden personal data that criminals can use to track you down. Read Robert’s article on protecting your digital photos.

Check out his book, The Ultimate Situational Survival Guide; it’s one of the best books on situational awareness I’ve ever read and is particularly good for protecting yourself from the criminal element in cities like Las Vegas. 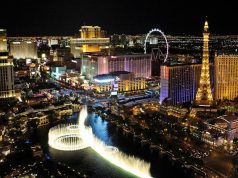 Everything you Need to Know about Living in Las Vegas 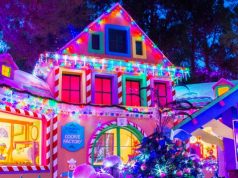