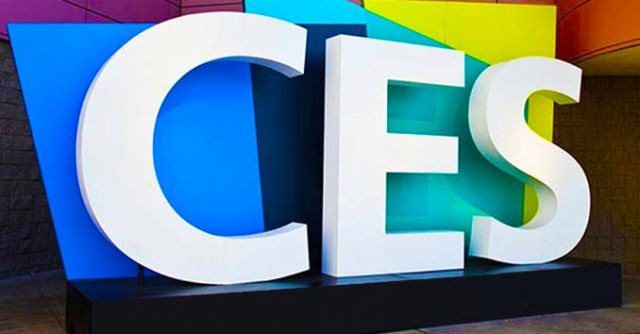 Las Vegas, NV, January 9, 2018 – CES® 2018 opened its doors today unveiling the next-generation of technology designed to improve our lives and address global challenges across a record-breaking show floor that spans more than 2.75 million net square feet of exhibit space and features more than 3,900 exhibitors, including some 900 startups. More than 20,000 products will launch at CES 2018 this week. Owned and produced by the Consumer Technology Association (CTA)TM, CES 2018 runs through Friday, January 12, in Las Vegas, Nevada.

“The future of innovation is on display this week at CES, with technology that will empower consumers and change our world for the better,” said Gary Shapiro, president and CEO, CTA. “Every major industry is represented here at CES 2018, with global brands and a record-number of startups unveiling products that will revolutionize how we live, work and play. From the latest in self-driving vehicles, smart cities, AI, sports tech, robotics, health and fitness tech and more, the innovation at CES 2018 will further global business and spur new jobs and new markets around the world.”

Intel’s CEO, Brian Krzanich, took the stage Monday evening for the preshow CES keynote to celebrate innovation and explore what’s next for big data. “[Data is the] unseen driving force behind the next great wave of tech innovation,” he said. Intel will bring VR content to the upcoming Winter Olympics through its immersive media plan and True View platform, delivering the largest ever VR experience across 30 sports programs. Former NFL star Tony Romo joined the stage to further highlight how VR will transform the consumer experience for live sports, offering the potential to view from virtually any angle through 360-degree cameras, incredible data storage and super computing power. During his presentation, Krzanich also noted the recent opening of Intel Studios, a new workplace in Los Angeles, California to film, gave a live demo of an Intel-powered autonomous “human drone” Volocopter and set a Guiness World Record with its Shooting Star Mini Drone show – the most advanced software fleet of 100 drones controlled without GPS by one pilot.

The day prior, CTA’s Steve Koenig and Lesley Rohrbaugh presented Tech Trends to Watch at CES 2018. They identified expected major CES trends such as ingredient technologies like AI and 5G that will permeate the product announcements, as well as native interfaces, smart cities, and digital therapeutics. They also announced the 2018 tech industry revenue at $351 billion dollars – a 3.9 percent increase over 2017. For the slides and more information, visit CTA.tech/salesandforecasts.

Tuesday evening featured the largest CES Unveiled in history. The official media event of CES 2018 spotlighted a record 204 exhibiting companies, including 72 startups from Eureka Park, the most startups ever showcased at CES Unveiled. Featuring the latest in AI, smart home, virtual reality, emotion sensing robots, Alexa-enabled mirrors, smart headphones, smart lighting and more, CES Unveiled provided more than 1,900 media with a sneak peak of the innovation launching this week at the show.

CES 2018 runs today through Friday, January 12. CES is open to members of the trade.