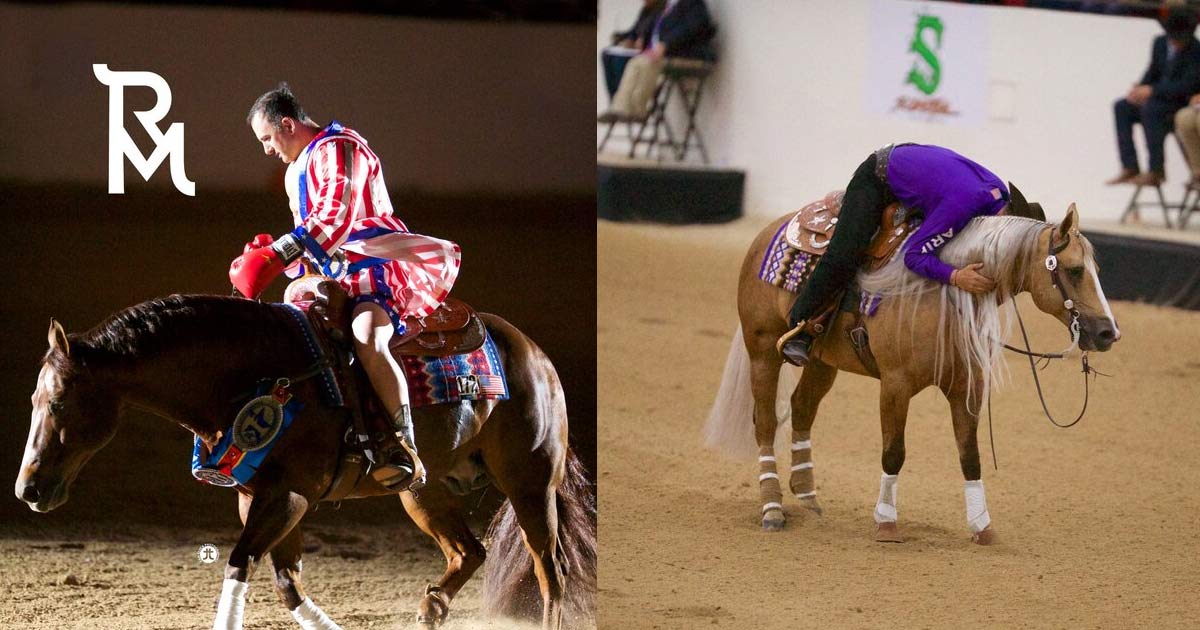 THE RUN FOR A MILLION is the richest event in the history of Reining. The event will be hosted by the prestigious South Point Arena and Equestrian Center in Las Vegas, Nevada from August 18 – 21, 2021. Fifteen riders, including some of the most accomplished NRHA Professionals in the history of Reining, will compete for a purse of $1,000,000. In addition to the MILLION DOLLAR Competition, there is a $100,000 Shoot Out, $50,000 Invitational Freestyle, $50,000 Non Pro Championship and Rookie Championship.

Academy-Award nominee Taylor Sheridan, writer of HELL OR HIGH WATER and SICARIO, WRITER/DIRECTOR of WIND RIVER and co-creator of YELLOWSTONE, wanted to design a venue that showcased the talent of both horse and rider in one of the most demanding equine sports in existence: Reining. Sheridan has partnered with Amanda Brumley, Brumley Management Group producer of three National Reining Horse Association leading events world-wide, to create and produce this one of a kind event.

THE RUN FOR A MILLION offers the unprecedented opportunity to introduce millions of viewers to the sport of Reining. Nine of the industries most successful Reining Professionals, and three Wild Card Professionals will compete for a total purse of $1,000,000. In addition to the main event there will be a $100,000 Added Shoot Out, open to all Reiners and horses. On top of the tremendous prize money, the top five riders in the Shoot Out Finals will be guaranteed a position in the 2020 Million Dollar Invitational at THE RUN FOR A MILLION.