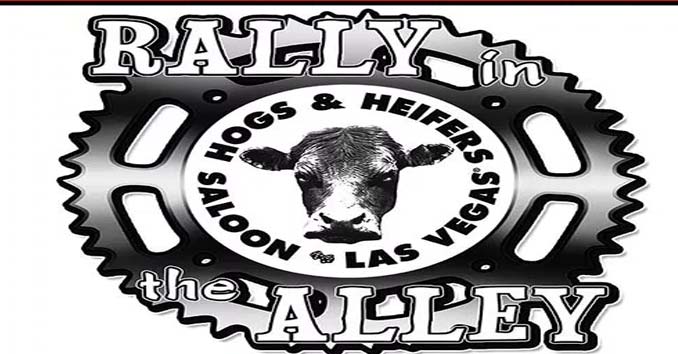 Rally in the Alley takes over Downtown Las Vegas!

Hogs & Heifers Saloon, the only place where one is encouraged to get a little rowdy during Las Vegas BikeFest!

The annual rally is one of the baddest multiple day events they have at Hogs & Heifers Saloon.  They bring their bartenders out to the street, close down the block, and party with thousands of people.

You can shop, drink and check out some of the coolest bikes on the west coast. No cover, free motorcycle parking, multiple bars, and vendors that don’t suck. Extended hours during Rally in the Alley – 10am – 4am.

Broken Statues, Trashed Hotels, Garbage in the Streets – Welcome to...