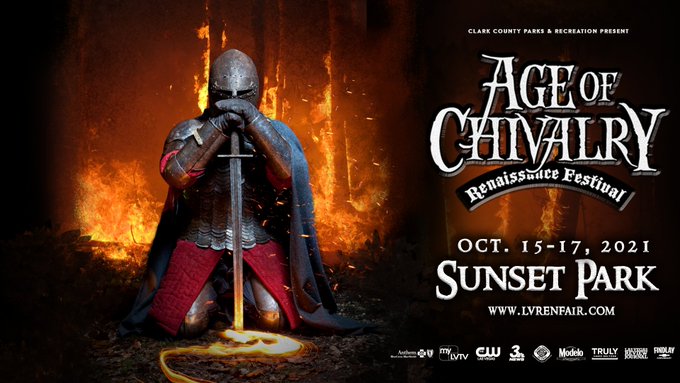 This three-day event will immerse visitors in the Renaissance era with numerous villages and different guilds, activities, historical reenactments, live performances and an array of authentic period foods and beverages – truly an event that’s fun for the entire family!

Bogtrotters Union
Forming in 2012, Bogtrotters Union got their start playing Celtic, Americana and various covers in pubs and bars across Las Vegas. Since then, they’ve grown into their own sound, created they’re own material and continue to write and rehearse. Catch them on Fiddler’s Green and whatever platform you choose to stream your music from. Follow them @bogtrotters_union on IG.

Brick Top Blaggers
Armed with original and traditional melodies of Celtic Folk music and the epic power and energy of Punk Rock, Brick Top Blaggers have been winning over die-hard fans since 2009. Hailing from Orange county, this five piece band of dedicated musicians bring a party full of shenanigans and unforgettable music. Celtic Folk Punk Radio says “their original storylines and unique renditions of Irish classics demands that you hoist a pint, down a whiskey, and dance all night!”

Brick Top Blaggers is that rare band that bridges the gap between Celtic folk music and contemporary punk rock without sacrificing either integrity or relevance. With a band full of songwriters and an arsenal of instruments as diverse as their musical backgrounds, they have created a distinctive sound that seamlessly blends traditional tunes played on fiddle with roaring guitars, passionate vocals, and rock-solid bass and drums. The result is their own intelligent, exuberant brand of Celtic rock that is always original, always evolving, and always a night to remember.

Fans and venues alike agree the Brick Top Blaggers are taking the So Cal Celtic Punk scene by storm. This band always puts on a good show with high energy delivery. Owning stages all over the country from San Diego, to Vegas, to Chicago and everywhere in between. Check out their latest EP “The Fury”, while the band is currently writing their newest record, slated for release this fall. Don’t miss your chance to catch them live! We dare you not to have a good time!
Sláinte!

Christy has been making history ring in the ears of millions all across the USA.
Her “Story Quilt” has 32 pockets, each pocket contains an artifact.
Each artifact pertains to one of Christy’s tales from throughout history.
Audience members decide which story she tells by “Picking a Pocket,”
And Christy gives gifts to the pocket pickers.  Sir James her
Tiny house and stage and Balmorrhea her 18 foot long Red Dragon
Are a great place for a family photo opportunity.

Gather around and lose yourself in fun and frivolity as the performers of Endless Productions take you on a journey of the imagination through Theatre and Dance featuring Shakespearean Improv, Bellydancing, Norse tales of the End of the World, and other Mystical, Mythical and Legendary Things.

Producers of The Imperial Knights Tournament of Champions, an exciting medieval tournament with stunts on horseback, jousting and top of the line hand to hand combat with a variety of medieval weapons. We pride ourselves on our action packed, family friendly entertaining joust show, don’t miss any of the excitement when your favorite knight competes! Come and see the beautiful rescue horses and take photos with your knight after the joust, let the legends begin!

John has been active in all areas of Art since a child, and during his retirement after 3+ decades of teaching Art is devoting his energies to educating all who are interested in the Medieval Art of Paper Making. He has built replicas of the types of equipment used for use in demonstrations, and so that interested patrons may make their own paper if time permits. Come see how paper is made from start to finish.  The history of paper and how it made its way to Europe is an integral part of his exhibit. Examples of past books, and how current bookbinding evolved are also on display. Also presented are reasons for changing from velum to paper; all questions are answered to the extent of his knowledge. Come, enjoy your time here today.

Ahoy Mate! Chris Biro here, bird trainer and career pirate. Please let me take a few moments to introduce you to my show.

The Ship: Our pirate ship and display captures everyone’s attention, children, teens, and seniors. Eye catching and unique is the best description for our authentic small/tall sailing top sail scooner pirate ship, which stands 3 5 feet tall and extends 40 feet fr01n stern to the tip of the bowsprit. With this ship’s authentic rigging, billowing sales and 12×16 ft “dock” stage, the public is as fascinated with her as they are the birds.

The Show: As an iconically dressed pirate I offer our fascinating educational award winning interactive stage shows (30-40 minutes) three to four times a day, and I am out with the birds between shows, for a total of 6 hours per day. This innovative show traverses such subjects as what-makes-a-parrot-a-parrot to how-local-recycling-can-help­many-endangered-species-in-the-wild as well as exposes the public to the non profit conservation work we do with parrots in the wild in Central and South America.

The Hands-On: Between shows people are granted the rare and memorable privilege of safe hands-on with the birds, some of the most friendly and cuddly parrots in the business. This is a rare treat enjoyed by the public who are most often told by parrot owners (and for good reasons), ‘look but don’t touch’. The up-close-&-personal aspect of petting or holding real parrots will often result in patrons at your office asking you to have us back year after year.

The Freeflight: Our “crew” ranges in size from Conures to Macaws, typically 20-25 birds. The incredible sight of free flying parrots is now available to your fair patrons and not limited to visitors of parrots in their far off native lands (we will bring flyers from South America, Australia and Africa). Throughout the day many of our birds dazzle the public with incredible spontaneous demonstrations of freeflight as single flyers and in groups.

The Response: Our performance generates only positive feedback for your fair – with zero animal complaints and virtually none of any other kind over the last 25 years. As a result the majority of our work has been with repeat business. Our flock of Sun Conure’s flying” about the fairgrounds and landing on kids doing the dollar bill trick are always popular cell phone photo favorites often shared on facebook. This rare and unforgettable experience is the center of discussion by fair patrons and is frequently featured by the local media with front-page newspaper photos/articles and TV news specials.

The Merry Wives of Windsor

A ten-piece all-female folk band based in Pasadena, California. Blending elements of folk music from the British Isles and the Americas, the foundation of the Merry Wives’ sound is rich vocal harmonies, with support and ornamentation by traditional and contemporary folk instruments. Our repertoire includes traditional Irish pieces and original compositions, and our performance styles range from bawdy scripted shows, to amplified concerts, to casual atmospheric music.

With musical backgrounds in everything from Folk to Musical Theater, and even straying to Pop and Opera, the Merry Wives present a relevant musical perspective, while still staying true to the spirit of the music they perform. These lovely and talented ladies have graced the stages of the El Rey Theater, the Grove of Anaheim, and The Galaxy Theatre, as well as Renaissance Faires across the country. They have recorded nine studio albums.

Science and history come alive as this Renaissance or Medieval costumed lecturer demonstrates the life and times of medicine’s all-in-one practitioner, the barber-surgeon.
Learn about battlefield operations, surgical techniques, and the general state of physic in the Middle Ages.  See tools, drawings, and equipment while various techniques are shown. Hear several historical and traditional stories.
Lectures, demos and presentations are available in varying lengths from 5, 10, 15, 30, 45, and 60 minutes for stationary audiences or passersby.  Several old style documents and charts are available to the students as well.

Michael Foster has over 25 years experience as a teacher, living historian and historical re-enactor.  He spent 12 years as the Director (“Guild Master”) of St. Michael’s in Southern California, in charge of all military re-enactment groups for the Renaissance Faires.  He has portrayed “The Barber-Surgeon” since 1990.

Mysto the Magi, fell in love with magic at an early age performing his first professional show when he was just 12 years old.  By the time he was 14 he had an audience of over 300 for a Cancer Society benefit, in which he levitated an audience member.
?
Since then, Mysto has performed over 10,000 shows ranging from restaurants, art and renaissance festivals, Hollywood movies, cruise ships, corporate events, fundraisers, theaters, and performing art centers.

A consummate entertainer, Mysto is an award winning magician in both stage magic AND close-up sleight of hand, a unique combination of talent and prestige.

A Southern California folk band with a heavy Celtic influence, Sportive Tricks takes traditional music and gives it a rousing twist. From Irish sing-alongs to folk-rock music to sea chanteys to original songs, the seven members of Tricks each bring their voices, instruments, and energy for a foot-tapping good time. ?