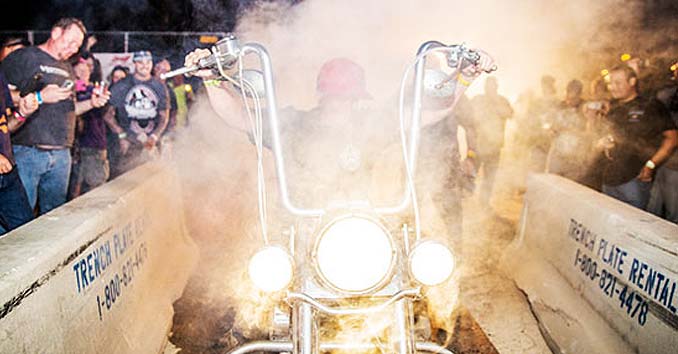 The 19th annual Las Vegas Bikefest is a one-of-a-kind Motorcycle Rally that features the hottest choppers, custom-built motorcycles, hogs, and speed bikes, all in a city known for it’s over the top party atmosphere.

From the best bike builders in the country and appearances by celebrated motorcycle icons to poker runs, bikini contests, stunt shows and live concerts, you don’t want to miss this party packed four-day event!

The Las Vegas Bikefest is one of the best motorcycle rallies in the West. It’s a weekend filled with Las Vegas Style parties and the rally has custom bike shows every day of the week featuring some of the best bike builders in the world.

Bikers get to walk, ride and park in the historic Las Vegas downtown district, with rally action and motorcycle vendors just a few steps away.

Where is the Las Vegas Bikefest?

There are FREE Shuttles from the Golden Nugget on Fremont Street to Rally Central.

What can you expect at the Las Vegas Motorcycle Rally?

This year’s Bikefest Motorcycle Rally will feature Rally favorites like: