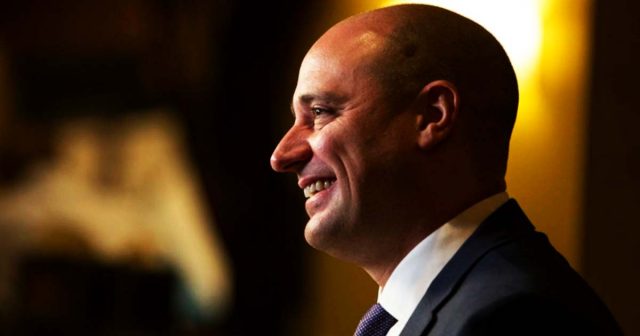 Wynn Resorts CEO Matt Maddox announced policies today that will force Wynn employees to either receive a COVID-19 vaccination or submit to weekly COVID testing and then show proof that they’ve tested negative for the virus in order to keep their jobs.

Our primary goal is to create the safest possible environment at Wynn, for both employees and guests,” Wynn Resorts CEO Matt Maddox said in a statement. “Vaccination rates are increasing throughout the country, and requiring our employees to either be vaccinated or tested on a weekly basis will make Wynn one of the safest vacation destinations in the U.S.”

We know this is all a bunch of bullshit, because if they truly cared about health and safety we wouldn’t have open riots inside of Wynn and homeless drug addicts sleeping and shitting in the doorways of Las Vegas Strip Casinos!

Thanks Steve… You have turned Vegas into the Ghetto…
This is now happening even in the Wynn Encore!https://t.co/yscF95fFvK pic.twitter.com/6NFjLpP0qR

When the strip CEOs and our city/county officials pretend they care about your health and safety they are full of shit!

The amount of disease ridden, mentally ill bums laying in their own piss and shit on the Las Vegas Strip and Downtown is beyond out of control! pic.twitter.com/Jr7wA1ZuCg

When Casino CEOs force you to choose between your job or injecting an experimental vaccination, ask them why they’re ok exposing you to Tuberculosis, Hepatitis & HIV from the disease-ridden bums they let defecate, shoot up, & sleep on their properties! https://t.co/LWBt7PMAZl pic.twitter.com/C9Ze0iakk4

Six months ago we reported on how WYNN was going to force workers, the convention industry, and event attendees to be vaccinated and carry digital proof to be able to work and conduct commerce. For the last six months, we were called conspiracy theorists, but now even the useless local media has begun to confirm everything we’ve been saying since this scamdemic started.

This was never about protecting people’s health and safety, it’s always been about control and bankrupting small business owners who refuse to get on board.

The announcement comes as the Nevada Gaming Control Board has been blackmailing smaller casinos into forcing their employees to take the shot or risk keeping business-killing capacity limits in place indefinitely or even losing their gaming licenses. The Gaming Control Board has also been threatening small bar owners to force their employees to become vaccinated or lose their ability to do business in Nevada.

Since the so-called pandemic started, a handful of Strip Casino CEOs led by Steve Sisolak, Jim Murren, and Andrew Pascal have used the COVID task force and the Gaming Control Board to bankrupt their enemies and consolidate control of Las Vegas.

Matt Maddox, CEO of Wynn Resorts has made millions off of the pandemic, including using inside information to make roughly $6.3 million in three stock transactions, according to a filing with the U.S. Securities and Exchange Commission.

Jim Murren has been able to use his position as the head of the COVID task force to force his competition out of business and then buy these businesses for pennies on the dollar. Murren has made millions off the shutdowns that he has helped keep in place.

Former Wynn Executive Andrew Pascal has been allowed to get rich off of the shutdowns that he helped push with his COVID tracing App and has made millions off the chaos as well. 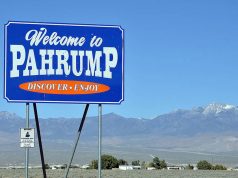 Broken Monuments, Trashed Hotels, Garbage in the Streets – Welcome to...