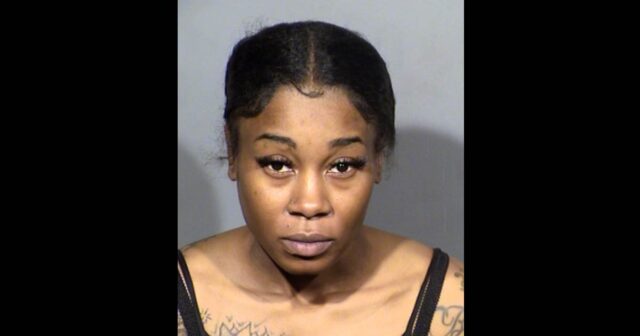 In the latest act of unchecked Las Vegas violence, a woman was shot inside of the Downtown Grand Hotel & Casino in Las Vegas after getting into an argument with a couple inside of the hotel.

Brittney Valentine was arrested and charged with battery with a deadly weapon.

Police say Valentine got in a verbal altercation around 9 a.m. Thursday with the victim and a man as they exited their room at the Downtown Grand. Video evidence shows the victim stepping into the doorway of Valentine’s room before she was shot in the chest.

Police say Valentine admitted that “her mouth gets her in trouble often.” The victim was transported to UMC with non-life-threatening injuries.

This is just the latest in a long string of attacks inside Las Vegas Casinos. Over the last couple of months, we’ve had a murder inside the Rio, a shooting inside Bally’s, a housekeeper killed at Bally’s, a man beaten almost to death for not wearing a mask inside a Las Vegas store, a man stabbed by a homeless man inside the Paris Casino, a man shot 11 times by a homeless addict in Chinatown, and countless assaults inside Casinos and throughout Las Vegas.