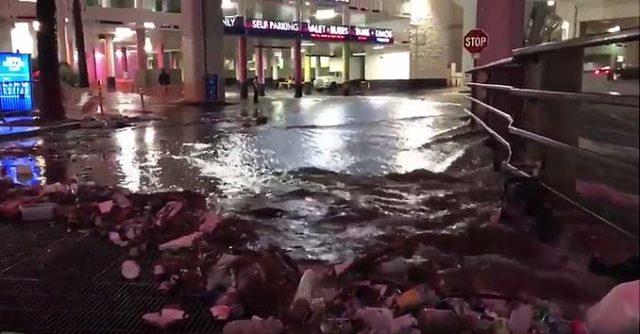 Caesars Entertainment, the last holdout in the Las Vegas Strip parking wars, just decided that they too would screw local residents and revoke free parking at their resorts for Nevada Residents.

The fees for parking at Caesars Entertainment properties are:

In a press release, Clueless Caesars executives blamed the change on those who park in their garages while not frequenting Caesars properties.

“Starting November 2 we will begin charging Nevada residents to park at seven of our Las Vegas properties. We have noticed an uptick in people coming to our properties only to park,” said Richard Broome, Executive Vice President of Public Affairs and Communications. “This has limited the availability of self-parking for our actual customers – especially during concerts and sporting events taking place elsewhere on the Las Vegas Strip.”

Apparently, Caesars and MGM are no longer interested in locals! I guess these jackass Casino CEOs forgot what made Vegas great; it wasn’t nickel and diming their guests to pay for everything under the sun.

Just like MGM, Caesers will lose big with this move. People aren’t going to put up with paying out the ass to park in garages that smell like sewage to then be accosted by vagrants and drug dealers who now freely roam the strip at night.