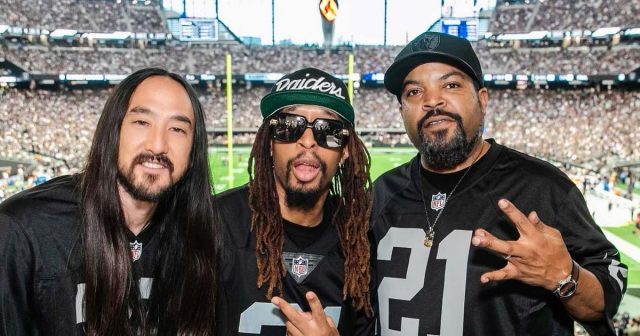 It seems that the Raiders Stadium vaccine mandate only applies to regular people, as we have learned that the super-wealthy and Hollywood celebrities have not been required to show proof of vaccine to attend games at the stadium. In fact, even some that are openly unvaccinated have been allowed to perform live during Raiders’ home games and hang out with other elites who routinely ignore all COVID mandates.

This morning, news came out that Rapper Ice Cube quit his latest film after refusing to take the COVID-19 vaccine, which means when he performed last month at Raiders stadium he was allowed to do so while being unvaccinated, as unvaccinated fans were banned from entering.

So if he is unvaccinated as of today, how was he and many other rich celebrities allowed in the Raider’s Stadium multiple times since the “mandatory vaccine mandate” went into place?

It appears that just like Owner Mark Davis, who is allowed to ignore all the mandates throughout Las Vegas, if you are rich enough, or famous enough, the rules do not seem to apply to you!