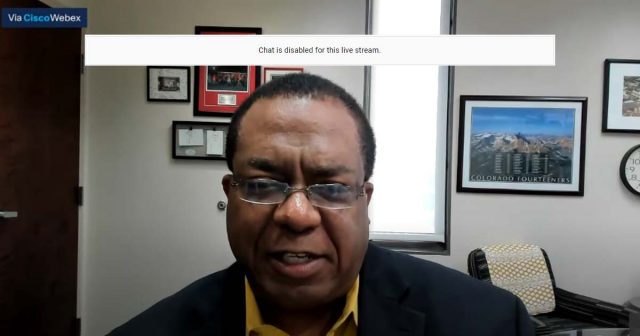 In the latest bit of hypocrisy from the University of Nevada Las Vegas, administration official held a so-called online town hall to answer questions and concerns from students on things like:

Unfortunately for students, the administration doesn’t actually care to know what they think. In fact, they banned live chat and live questions and instead pretended to answer a bunch of carefully screened questions in order to make it look like there wasn’t anger at the mask mandate and the upcoming vaccination mandates.

Instead of answering the questions, they spent the time pushing the conspiracy that students are going to die without a vaccine mandate, and used a lot of the time to push social justice and convince students that the current makeup of UNLV is racist and there needs to be more diversity on campus.

Oh, they did have their “EXPERT” of public health, Brian Labus, Assistant Professor, Department of Epidemiology and Biostatistics say that over 600 million Americans have died from COVID, which would mean that every American would have had to catch COVID and die twice to arrive at those figures!

According to UNLV Assistant Professor in the School of Public Health, Brian Labus, apparently every American has somehow already died twice from COVID ???

Says 600 MILLION have already died in the US! pic.twitter.com/ep4c2LwJor