Las Vegas Metropolitan Police have released information about the man who caused the Trump Hotel and Fashion Show Mall to go into lockdown yesterday after he made a series of bomb threats and dropped off suspicious packages that he claimed were bombs inside the hotel.

Dandre Lundy, 44, of Farmingville, Michigan is facing multiple terrorism related charges after admitting to trying “send a message” to former President Trump, saying that “he is a beast”.

Lundy came to Las Vegas on Monday and checked into a Motel 6 on Tropicana. On Tuesday, he took a cab to the Trump Hotel and then walked into the concierge area, placed a suitcase and duffel bag on the floor, and yelled, “Everybody needs to leave the building. There is a bomb in here,” police said.

Lundy then fled in the taxi and placed two calls to the Trump Hotel about 10 minutes later telling them to evacuate the building, claiming he had placed bombs inside the hotel. Detectives said the calls were placed by Lundy, whose name showed up on the Caller ID. They were then able to track him back to a Motel 6 on East Tropicana Avenue, where he was staying.

Lundy is being held at the Clark County Detention Center on $60,000 bail. He faces charges that include communicating a bomb threat, burglary of a business, making a threat/false statement in an act of terrorism involving weapons of mass destruction. 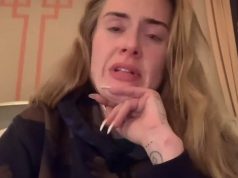