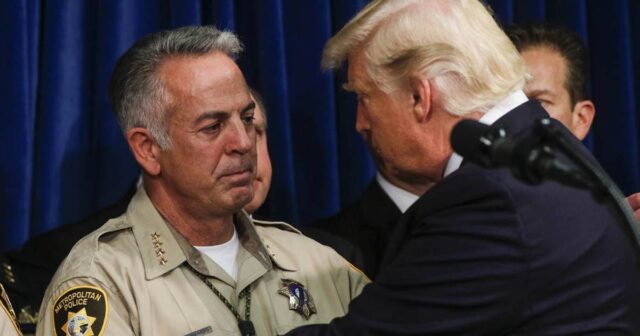 Donald Trump just struck a huge blow to actual MAGA conservatives in Nevada and announced he is throwing his support behind Joe Lombardo, a guy who pushed vaccine mandates on his officers, called his officers lazy, and donated to the Steve Sisolak campaign during the last election cycle.

Despite the fact that Lombardo has allowed the Las Vegas Strip to slip into third-world nation level violence, Trump claimed in his press release that Lombardo has “fought some of the worst criminals” and is “the leader Nevada needs”.

Keep in mind, under Joe Lombardo we’ve had two years of nonstop violence and homeless meth addicts taking over our once great city! The guy is so useless, that during last December’s NFR Rodeo, Lombardo decided to send saturation patrols to try to scare cowboy’s into wearing masks instead of sending them to deal with actual criminals who have been terrorizing our city.

Over the last couple of months, we’ve had an off-duty cop killed by a homeless addict, a shooting inside Downtown Grand, a mass shooting at an illegal blacks-only club, a murder inside the Rio, a shooting inside Bally’s, a housekeeper killed at Bally’s, a man beaten almost to death for not wearing a mask inside a Las Vegas store, a man stabbed by a homeless man inside the Paris Casino, a man shot 11 times by a homeless addict in Chinatown, and countless assaults inside Casinos and throughout Las Vegas.