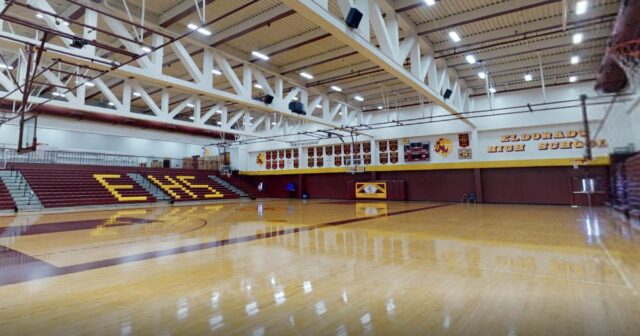 Police said Jonathan Eluterio Martinez Garcia was suspected of beating and sexually assaulting the teacher around 3:30 p.m. last Thursday after he went to the teacher to discuss his grades.

“At some point, the suspect got violent and began punching the victim and strangled her until she lost consciousness,” police said.

While CCSD and the local media go into overdrive trying to claim these are isolated incidents, we’ve uncovered dozens of videos of rioting, assaults, fights and chaos at Eldorado High School over the last 6 months. In fact, our sources at the school say that these incidents have become an almost daily occurrence.

Here is the Eldorado High school the local media refuses to show you and the chaos @GovSisolak & @JoeLombardoNV ignores! pic.twitter.com/l7Jbl9h4t7