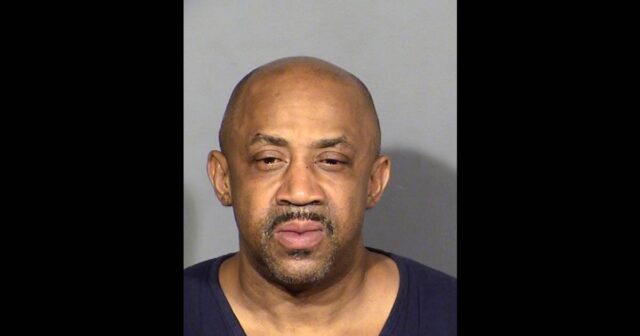 In what has sadly become a routine part of the new Democrat-run Las Vegas Strip, three people were shot in a hotel room at the Mirage Las Vegas last night.

Las Vegas Metropolitan Police Department officers responded to a shooting in a hotel room on the 8th floor around 8:30 p.m. Thursday. Authorities say a fight broke out in the space between four people, and the suspect, Billy Hemsley. Hemsley then shot two adult females and a man, Acturius Dwyane Milner, who died on the scene.

The shooting prompted a lockdown of the Mirage Casino and Hotel for more than two hours as police searched for the suspect.

The Mirage in Las Vegas is locked down right now. This is what we witnessed. #lasvegas #mirage pic.twitter.com/40VakHsqaB

He was later found and arrested near Nellis and Twain Blvd. Hemsley was booked into the Clark County Detention Center on one open count of murder and two counts of attempted murder.

According to court records, like so many of the recent shooters this shooter was also well known to Las Vegas police. In 2003, Hemsley shot his cousin. that case was pleaded down to a charge of aiming a firearm at a human being. In 2012, Hemsley was charged with attempted murder with the use of a deadly weapon.

The shooting comes as the city is dealing with a rash of shootings on the Las Vegas Strip and Fremont Street. Last month, Fremont Street stated implementing a number of security features to give tourists the “impression” they were trying to stop the violence after a series of shootings happened in front of tourists.

A couple weeks back, the entire Las Vegas Strip went into full on panic mode after active shooters were reported in seven different casinos. Of course the Las Vegas Police claim that it was just a rock being thrown at a window at MGM that caused tens of thousands of people to panic in 7 separate casinos some over a mile away. According to our sources, it was a planned attack by teenage gangs to simulate a mass-shooting and cause panic.

That same night, an internet streamer who attempts to start fights nightly on the Las Vegas Strip, stood in front of the Cosmopolitan and threatened to kill people for over 30 minutes — the police have done NOTHING to stop the man, and claim this apparently didn’t happen either despite the video evidence!

The moment the Las Vegas Convention and Visitors Authority started paying social media influencers to come to Las Vegas, we knew things were going to get even worse. Las Vegas has become not only a joke, but a downright dangerous place to be. From the shootings on Fremont Street to the No-Go Zones taken over by gangs and homeless addicts on the strip, when is our local media going to start talking about the problem?