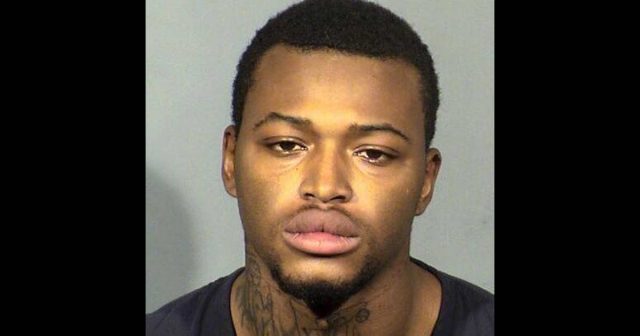 Today Steve Sisolak played politics with our flag and lowered it to honor out-of-state victims of a mass shooting that Joe Biden is attempting to use to ban firearms. Oddly, the governor yet again ignored the latest murder on the Las Vegas Strip, because I guess shootings in his own backyard do not matter and would expose the absolute destruction he has brought down on our city via his democrat shutdowns!

The Las Vegas Metropolitan Police Department is investigating a shooting that happened on Monday, in which a teenager was shot and killed in a hotel room by his own brother.

According to Las Vegas Metro, at approximately 11:48 a.m. Monday, LVMPD Dispatch received a call reporting that a teenager had been shot inside of a hotel room at the Hilton Grand Vacation hotel on S. Las Vegas Boulevard.

In a news release from the Las Vegas Metropolitan Police Department, police said that arriving officers located an unresponsive male inside the room suffering from an apparent gunshot wound to the head. First responders pronounced the teenage dead at the scene.

Police interviewed a 13-year-old sister who witnessed the shooting.

“Without warning, [she] said her older brother, Chance Wilson, walked into the living room from the bedroom with a gun. Chance yelled out the word, ‘Pow!’ or ‘Boom!’ and shot Dalin in the head,” the report said. Her 8-year-old brother was also in the room, the arrest report said.

Williams has been arrested for one count of murder and is being held at the Clark County Detention Center.

20-year-old Chance Wilson was arrested for the murder that occurred in a resort near Las Vegas Blvd and Sahara Ave.

When they are killing each other in their own rooms, before they can even get to the strip, isn’t it about time our Governor admits we have a huge problem with the class of people who are coming to Las Vegas due to his shutdowns? Maybe he should spend a little less time trying to help push democrat propaganda, and worry about the absolute destruction and chaos on the Las Vegas Strip instead!