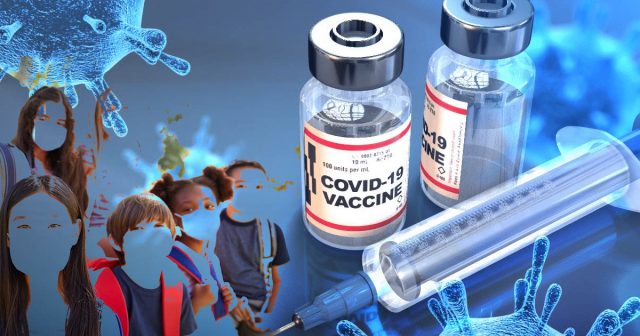 The state of Nevada is attempting to push vaccinations on kids who have ZERO chance of dying from the Coronavirus.

Last month, Nevada began vaccinating kids as young as 16; now, a Southern Nevada research center is starting to vaccinate kids ages 12 to 17 as part of a clinical trial for the experimental COVID-19 vaccine.

The Wake Research-Clinical Research Center of Nevada and Henderson pediatrician Dr. Michael Levin have already begun enrolling kids in a program to test the effect of Novavax vaccine on our youth, even though not a single person under the age of 18 has died in Nevada from the COVID virus. Once this first trial is done, this maniac doctor plans to start testing kids as young as 6 years old!

Personally, I don’t think I would trust a so-called doctor who is willing to experiment on children!

100 kids will be part of Dr. Michael Levin’s horrifying trial, where their psychotic parents will be paid up to $1,000 to inject an experiment into their kid’s bodies.

These evil bastards have convinced these poor kids they are going to die without the vaccine.

The government propagandists over at the RJ interviewed one of these poor kids who told them, “I want to get the vaccine,” said Trent, who is 12. Why? “So I can be safe and that other people can be safe.” His mentally-ill father, who has managed to scare the hell out of his own child over a virus that presents zero danger to him, had already taken part in another local trial of the Moderna COVID-19 vaccine.

“It’s part of helping the whole city get back to business, helping schools get back to a normal flow where, hopefully, kids will be able to start next school year full time, in person and, hopefully, without mask requirements, as well,” the “father” said.

Here are the evil bastards at FOX5 trying to normalize giving an experimental vaccine to 6 year-olds, while using a poor terrorized child to push this on the public!

A late-stage clinical trial for a children’s COVID-19 vaccine is about to begin in the Las Vegas Valley, and participants are needed for the study. @JaclynFOX5Vegas reports.

Last month, Moderna announced vaccine trials for children under 12, including babies as young as six months old. This all comes as The State of Nevada and Clark County officials are threatening locals that life will not return to normal unless they submit to the shot and the Gaming Control Board is rewarding Casinos that threaten their employees to get vaccinated or lose their job!