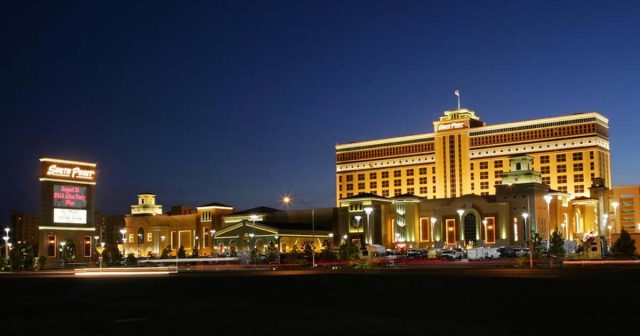 Just hours and right across the street from our once great city’s first murder of the day, Las Vegas Metro is now confirming a second homicide, this time at the South Point Casino. Details are sketchy, but it appears there was an altercation and a shooting right outside the Casino Valet area.

South Point officials confirmed that an active investigation was ongoing.

We can confirm @LVMPD is currently investigating an incident here. We are cooperating fully with law enforcement officials and have no further details pending investigation.

Earlier in the day, a group of 8 black men and women assaulted and then stabbed a man to death across the street at the Grandview Resort at Las Vegas.

The murders follow yet another weekend of mass-violence that has been completely ignored by our local media, local politicians, and local government leaders. As the City of Las Vegas, Clark County, and Governor Steve Sisolak ramp up their mask patrol teams to harass small business owners, they have failed to even comment on the mass-violence, shootings, stabbings and murders that are plaguing our city.

But don’t worry folks, the genius executives over at the Wynn and MGM don’t think it’s the violence that scaring people away, they think people are scared of COVID and their new biometric testing and assigning a barcode to humans system will bring back our city bigger and stronger than ever – Your digital papers, please!

Update: Metro says Shooter was neutralized by South Point Security Guard. Not related to stabbing across the street!