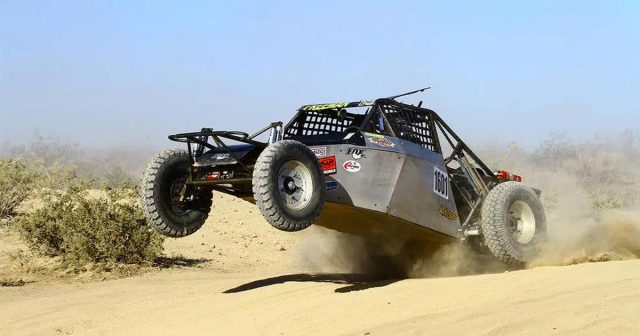 Back in the 1960s, the Southern Nevada Off-Road Enthusiasts — otherwise known as SNORE — was born at the Sawdust Saloon on Highland Drive south of Sahara Avenue. The Racing circuit was set to hold one of their annual off-road races out in Laughlin on December 12th, but at the last minute, the State of Nevada and officials from Clark County started pulling permits and threatening the organizers.

The folks at SNORE worked very hard to follow every rule and regulation the government could come up with. But the bastards in Clark County, who have been trying to outlaw desert racing for years, were not having it.

Luckily, some Casinos out in Primm, Nevada offered up private land so SNORE could hold their 2020 SNORE McKenzie’s Mayhem Jeff Quinn Memorial race.

Unfortunately, just hours before the race was set to kick off, Sisolak sent State Officals and Gaming Commission Goons who threatened to pull the casino’s licenses if the race wasn’t canceled.

So a 100% legal sanctioned desert race, out on private land in the desert, was canceled by Sisolak’s goon squad just hours before the race started. But just down the road, thousands of people were allowed to gamble indoors in the same Casinos that were threatened with losing their business and gaming licenses if they allowed the OUTDOOR event to continue.

So racers who spent thousands of dollars to get their off-road vehicles ready for the event, some driving from as far away as Mexico, were told to pack up and go back home.

Oddly, The Las Vegas Golden Knights — Where Sisolak’s daughter is head of Marketing — and the Las Vegas Raiders are allowed to continue playing throughout the so-called pandemic. So why are the desert Race events being targeted? Why was NASCAR allowed to race in Vegas?

Well, the truth of this has less to do with COVID and more to do with Sisolak’s hatred for the Off-Road community. Part of the hatred comes from the freedom off-roading represents – it’s a reflection of the American spirit. These are hard-working people who love our lands, sponsor cleanups of our public lands throughout the year, and in general love life and the freedoms we enjoy as Americans!

The other part of his hatred comes from pure greed.

Steve and his Democrat socialist buddies have been trying to outlaw desert racing and off-roading for years, part of the goal is to close the dry lake beds to off-roaders, boondockers, and freedom-loving Americans so they can sell the land to China and set up massive solar farms for their Chinese communist party overlords!