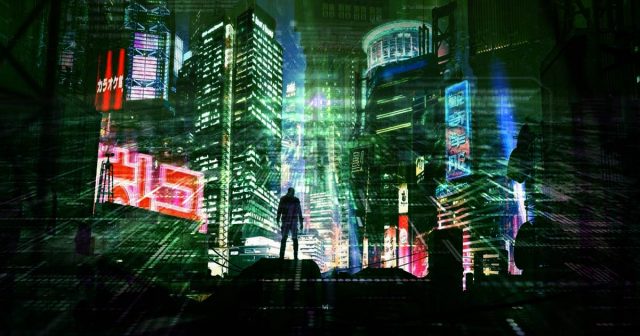 After helping steal an election, push the fairytale pandemic propaganda, shred the first amendment, and brainwash the populous, Governor Steve Sisolak now wants BIG TECH to be able to form corporate governments that control every aspect of your life!

The Corporate takeover of Nevada

Earlier in the month, the king of crashing our economy, Democratic Gov. Steve Sisolak, announced a plan to launch so-called Innovation Zones in Nevada. While this may sound like the Governor is looking into the future by trying to attract tech firms to Nevada, it’s actually nothing more than an extension of big tech’s corporate takeover of every aspect of your life.

Sisolak pitched the concept in his State of the State address delivered Jan. 19, and now one company is ready to push forward.

In his proposal, Sisolak named Blockchains, LLC as a company that had committed to developing a “smart city” in an area east of Reno after the legislation has passed.

Jeffrey Berns, CEO of Nevada-based Blockchains LLC, is putting together a plan to build a smart city, right in the deserts of Nevada, where people not only purchase goods and services with digital currency but also log their entire online footprint with this new corporate government — financial statements, medical records and personal data — on blockchain.

While many have heard of Blockchain, in terms of things like Bitcoin and recording cryptocurrency transactions, Blockchain when adopted by these new Dystopian sounding local governments will be used for everything from documenting marriage licenses to facilitating elections to tracking your every move within the confines of this new techno bubble where you reside.

“There’s got to be a place somewhere on this planet where people are willing to just start from scratch and say, ‘We’re not going to do things this way just because it’s the way we’ve done it,’” Berns said.

The company wants to break ground by 2022 in rural Storey County, 12 miles (19 kilometers) east of Reno. It’s proposing to build 15,000 homes and 33 million square feet (3 million square meters) of commercial and industrial space within 75 years. Berns, whose idea is the basis for draft legislation that some lawmakers saw behind closed doors last week, said traditional government doesn’t offer enough flexibility to create a community where people can invent new uses for this technology.

Allowing Big Tech to supersede the laws voted in by “We The People” is beyond dystopian!

The draft proposal said the traditional local government model is “inadequate alone” to provide the resources to make Nevada a leader in attracting and retaining businesses and fostering economic development in emerging technologies and industries.

I am glad to see my #NVSOTS being highlighted in a national spotlight as carrying a ‘Top Tech Agenda’. My pledge to creating new innovation zones & developing new technology industries will help strengthen Nevada’s infrastructure & economy and help generate new jobs in our State. https://t.co/Uvq3iMhC66

The zones would initially operate with the oversight of their location counties, but would eventually take over county duties and become independent governmental bodies. The TechTowns would also be allowed to create a judicial court and the three members would even be able to establish their own district attorney, county clerk, and sheriff.

All Part of the Plan

Sisolak has been bringing in huge campaign contributions from companies looking to form their own governments in Nevada or take advantage of the shuttered companies he, Andrew Pascal and former MGM CEO Jim Murren helped bankrupt through the criminal COVID-taskforce.

Sisolak’s campaign and affiliated political action committee received a combined $60,000 from Blockchains LLC. Berns then personally donated another $50,000 to the Nevada state Democratic Party. The governor’s office declined to comment on what amounts to fraudulent payoffs to create these so-called innovation zones.

Experimental Prototype Community of Tomorrow: Will you soon be living in Twitterville or FacebookLand?

If Sisolak has his way, YOU WILL!

“The Nevada Governor is showing the American people the real power of corporations,” he says. Citing increasing instances of censorship by Big Tech as well as political bias and partisanship of Silicon Valley giants, Miliefsky expresses fears that Nevada’s experiment may translate into something “very bad and completely unconstitutional.”

As Gizmodo noted, we’ve seen enough dystopian sci-fi to know how it turns out when you let companies establish their own government. It doesn’t work out great for the average citizen.