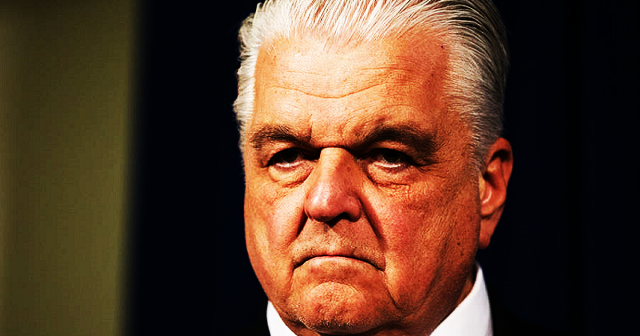 This morning, Steve Sisolak, the incompetent moron of a governor who crashed the Nevada economy into the ground, told Channel 3 News live on air that Nevada is about to run what amounts to a lottery to pay people to take the COVID vaccinations.

While Governor Sisolak was quick to say it was “not a lottery”, the plan sounds identical to the vaccination lotteries that a number of other liberal governors have implemented. So while he is trying to play word games, the Nevada State Constitution is very clear “no lottery may be authorized by this State, nor may lottery tickets be sold.”

Prize system for COVID-19 vaccinations? You mean a Lottery, Right?

The governor said his plan will use “stimulus funds” to give out prizes like cash, scholarships, hunting licenses, dinners and hotel stays. No matter what he calls it, there is not doubt that it is ILLEGAL under the state constitution. And of course, the morons in the media are running full steam to cheerlead for yet the latest set of Sisolak crimes!

Could Nevada introduce a prize system similar to the lotteries other states have introduced to encourage COVID-19 vaccinations?

“Not only could it be done, it is gonna be done,” Gov. Sisolak said. “We have a plan coming forward.” https://t.co/4LwbBH3niE pic.twitter.com/g52d5GDdWE

UPDATE – 6/17/2021: While morons in our local media spent weeks pretending that this isn’t a lottery, today Governor Steve Sisolak announced that he is giving out a grand prize of $1 million and has hired a LOTTERY company to oversee the illegal COVID LOTTERY!

We are proud that @IGTNews will be supporting the #VaxNevadaDays‘ prize drawings. Prize drawings are a key function of state lottery operations, so many of the 16 states and counting that have vaccination prize drawings have asked their lotteries to assist.

Earlier in the week, Investigative reporter David Charns at Las Vegas @8NewsNow tried to “debunk” our story, insisting that Sisolak never said it was a lottery. This is what passes as “Investigative Journalism” in Las Vegas!

Thanks for your note — you’ll notice I didn’t say it was a “lottery,” because it isn’t one. @GovSisolak‘s office previously said the initiative wouldn’t be a lottery, since those are illegal in Nevada. Have a good day. https://t.co/ugrdT0vkns