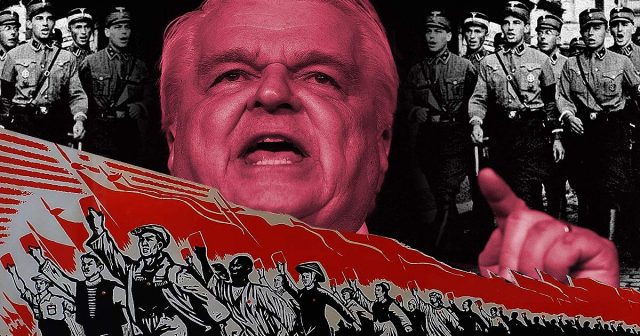 Fresh off his high of locking down an entire state and destroying countless lives over the last two years, Governor Steve Sisolak now believes he can do just about anything and get away with it. His next target: Nevada Gun Owners!

At a rally Friday at Lorenzi Park – ironically a park where homeless drug addicts and criminals have taken over and assault people daily- Sisolak told supporters, “There is no reason you need an AR-15.”

Our sources tell us his administration is examining the so-called “successes” they had during the COVID shutdowns, and examining how they can use the same freedom-killing tactics to go after the 2nd amendment in Nevada. We are told that he has been emboldened by what he was able to accomplish through his use of “emergency powers” during the COVID shutdowns. Our sources say his ego is through the roof, and he believes he can use the same tactics to push just about anything on the people of Nevada.

Since taking office, Sisolak signed numerous pieces of anti-gun legislation including the controversial “1 October bill” into law. The bill banned bump stocks at a state level. In addition, it included “Red Flag” legislation that authorized courts to suspend a person’s constitutional rights and prohibit individuals from possessing or accessing guns based on unproven and unsubstantiated allegations by family members, disgruntled roommates, or law enforcement officers. So without a trial, you can now be banned from owning a gun simply because someone made up an allegation against you.

Sisolak Attacks Gun Owners, Says he is coming for them next!

At the rally, Sisolak said he’s prepared to go much further than bills already being talked about by Nevada democrats. “We can’t end the gun violence problem by having more guns,” Sisolak said.

Sisolak says Gun Bans are part of his agenda!

When asked if gun bans were on the table, he said, “Everything is on the table as far as I’m concerned.” He said that assault-style weapons are not designed for self-defense, calling them “weapons of war” and saying they are not protected under the second amendment.

The two groups, Everytown and Moms Demand Action, where formed by Bloomberg and associates with ties to the CCP. Breitbart reported on several meetings between Bloomberg officials, including Michael Bloomberg himself, and leaders of the CCP and their State Council Information Office, the media arm of the party. Those meetings even included a 2018 visit by Bloomberg News editor-in-chief John Michlethwait to discuss “strengthening media cooperation between China and the U.S.”

There is no such thing as an “Assault Weapon” — It’s all Democrat Propaganda meant to scare you!

But like most Democrat tyrants, Sisolak failed to acknowledge that there really is no such thing as an assault weapon. Like the Chinese Communist Party, Democrats have adopted language meant to scare the public into submission.

While Democrats love to use the word “assault weapon” and love to claim AR-15s are “weapons of war,” they are entirely different firearms from what the military carries and, at best, only cosmetically look like fully automatic rifles.

AR-15-style rifles are no different from any other hunting or self-defense rifle. They are not fully automatic weapons like so many politicians and useful idiots in the media claim; by law, they function like other semiautomatic civilian sporting firearms, firing only a single round with each pull of the trigger.

While Sisolak and the media want you to believe an AR-15 is a weapon of war and something to be feared like the boogeyman, the fact is AR-15-style rifles are no more powerful than other hunting rifles of the same caliber. In most cases, they are actually chambered in calibers less powerful than standard big-game hunting cartridges like the .30-06 Springfield and .300 Win. Mag.

Like usual, Democrats love to feed you with a steady dose of fear. But, just like with COVID, they are banking on useful idiots to give in to the fear, and they are counting on the same morons who drive around in their car, alone, fully boosted, and masked, helping them once again kill more of your freedom!