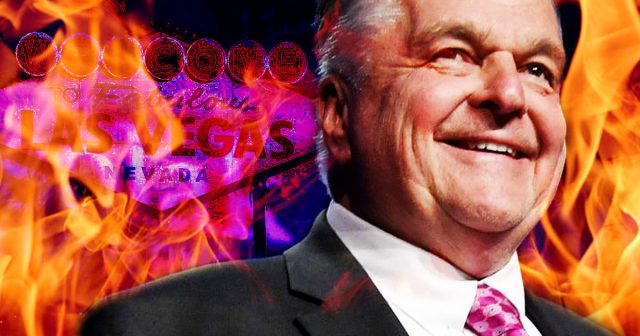 The governor released a press release today claiming COVID hospitalizations are up, and seemed to indicate that lockdowns and business shutdowns are again on the table. The only problem is what he said doesn’t line up with the actual data being released by health officials.

While so-called positive cases may be up slightly, much of that seems to be caused by a mass-induced panic where we now have tens of thousands of brainwashed, mentally ill people rushing to be tested daily, thinking they caught the newest media variant.

Line for UNLV COVID testing backed up almost to strip as peak mental illness hits millennials and generation Z … hundreds of cars waiting causing massive traffic jam… we are told 90% have no symptoms but are still demanding to be tested! pic.twitter.com/SV3rg52nIf

And as far as his claim that hospitalizations are up, he is just straight-up lying to you.

In fact, according to the Southern Nevada Health District’s latest report, as of today hospitalizations have been falling for almost three weeks in a row. On December 29th, the most current date in the report, only 1 person was hospitalized in Clark County. So are the hospitals being overwhelmed by 1 person?

Here is the data right from the Southern Nevada Health District, and here is the link right to their report on their website if you don’t believe us.

Threats to Close Down Business Again?

One of the most interesting parts of the press release was not the bold faced lie, but was the part that seemed to threaten shutdowns again.

The press release seems to indicate that if people don’t start wearing masks and getting vaccinated, business may be forced to shut down again. If it wasn’t being discussed, then why does the talk about bringing numbers down so businesses and schools can remain open? So are we now considering shutting businesses down again over a couple people trickling into hospitals with a runny nose?

We are seeing an alarming number of COVID-19 cases & hospitalizations reported after the holidays. We are working with health districts and other partners to provide resources to combat this surge.