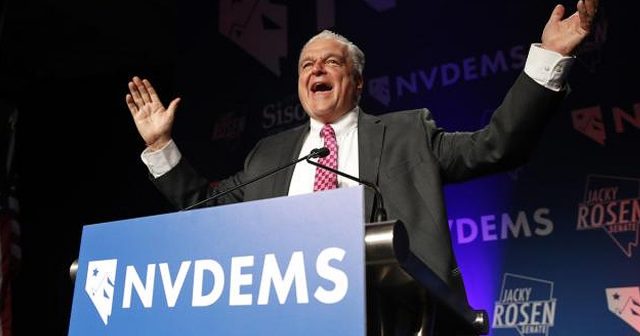 The Consumer Electronics Show has canceled its 2021 convention in Las Vegas. The show is one of the city’s biggest moneymakers, bringing in over 170,000 people to the city with an economic impact that exceeds $264.2 million.

This is the latest devastating economic hit caused by Governor Sisolak’s all-out attack on our economy. The Governor, who this week announced he is setting up Gestapo style goon squads to punish businesses who allow people to enter without a mask, seems hell-bent on destroying the city of Las Vegas and the State of Nevada to push his socialist agenda.

CES 2021 was set to be the first trade show at the Las Vegas Convention Center after a $980 million expansion project.

“While it’s disappointing we won’t be welcoming CES as the first show inside our West Hall expansion, we certainly respect their decision in light of the impact the virus has caused throughout the world,” Steve Hill, CEO of the Las Vegas Convention and Visitors Authority, said in a statement.

“We value our 40-year partnership with CES and look forward to welcoming the show and their loyal attendees back to Las Vegas in 2022,” Hill said.

Sisolak has guaranteed the destruction of our city! Tens of thousands of locals will be driven into bankruptcy as a result of these trade shows that are canceling. His attack on our tourism industry and his unconstitutional order to close down bars, nightclubs, and tourists attractions throughout the city will cause many more cancellations – cancellations that mean job losses and thousands of small business who depend on convention tourism to survive will close.