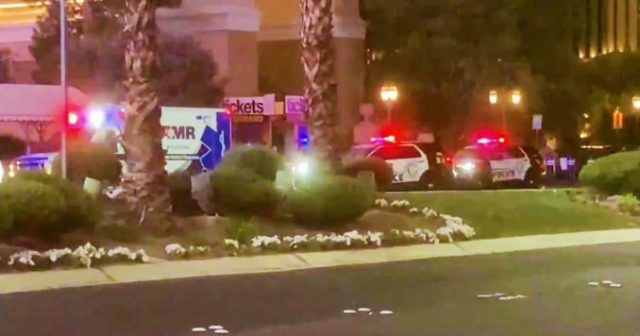 The violence on the Las Vegas strip has now devolved into open gunfights as our city starts to look more and more like a third-world country.

The Las Vegas Metropolitan Police Department (LVMPD) says two people were shot and taken for treatment after a fight between two goups of people turned into yet another shooting on the Las Vegas Strip. According to Metro, the incident happened just after 2 a.m. in front of the Paris Las Vegas Hotel and Casino.

Two people were found with non-life-threatening injuries and multiple ghetto scumbags including the shooter have been arrested.

This is just the latest in a long string of violent attacks and chaos on the Las Vegas Strip since our freedom-hating governor shut down our town over a cold. From riots and large-scale brawls inside our casinos to visitors being threatened by BLM activists, our tourists industry is under attack.

The new Las Vegas Strip, courtesy of the Democrat party of Nevada and Steve Sisolak – More complete Chaos on the Las Vegas Strip that our media refuses to cover. pic.twitter.com/lp8nWMTfrF

It’s also not the first time these brawls have turned into open gun warfare on the strip. Back in the July, we had a gunfight right in front of the Bellagio fountains.

Instead of addressing the violence, Sisolak and the rest of the democratic socialists who run the town have ignored the attacks and riots and instead choose to focus on targeting small business owners who dare run foul of King Sisolak’s unconstitutional mask and shutdown orders.