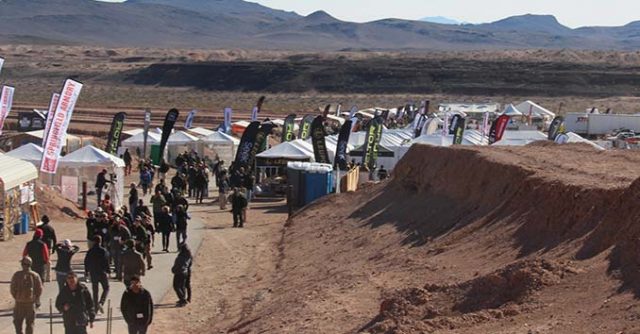 As convention after convention bails on Las Vegas thanks to our business hating governor, one show just confirmed that they fully intend on holding their annual convention in Las Vegas!

Last week, in a devastating hit to our local economy, CES announced they were canceling their 2021 convention. The resulting cancellation will likely cause hundreds of businesses who rely on this income to finally fold, thanks in large part to our POS governor who seems hellbent on attacking Nevada business owners.

Thankfully there is a silver lining! The National Shooting Sports Foundation has announced that they fully intend on holding their upcoming annual SHOT Show convention in Las Vegas.

“If there’s a silver lining to the CES announcement, it’s that CES was to be held the week before the SHOT Show—and while we are disappointed that CES won’t be taking place, its cancellation will allow more local resources than ever before to be devoted to the SHOT Show. And both the Sands Expo Center and Caesars Forum will be primed and ready to welcome us to Las Vegas. We’ve received a number of inquiries this week about the status of the SHOT Show due to CES’s announcement, and also regarding the cancellation of the NASGW Expo in October.”

“Rest assured, we are all systems go and we are working around the clock (our sleep patterns these days) in planning to ensure our customers’ and employees’ health and safety are at the forefront throughout our time in Las Vegas. With six months until the show, we are fortunate that we will be able to learn a lot from other shows taking place in other countries before ours. And, with six months to go, both the Sands Expo and Caesars Forum are nearly sold out for SHOT, making it our largest floorplan ever. We are well-positioned to make this the best SHOT Show we’ve ever held, and we are very much looking forward to reuniting as an industry in Las Vegas in January.” – CHRIS DOLNACK, NSSF