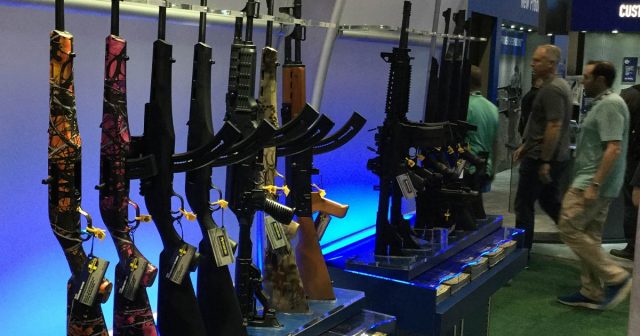 Last week we reported on how shows like CES that mandated vaccines to exhibit and attend their conventions were struggling to stay afloat. In contrast, the upcoming SHOT Show at the Venetian, a show that has refused to bow down to Governor Sisolak’s attempts to mandate vaccinations for the tradeshow industry, is actually expanding and welcoming more vendors than their pre-COVID show.

While shows like CES are reportedly seeing as much as a 70% drop in attendee and exhibitor numbers, The National Shooting Sports Foundation’s SHOT Show has gone from 1,600 exhibitors at their 2019 show to an expected 2,400 exhibitors this year. It just goes to show that when you respect your members choice to medical freedom, and don’t bow down to tyrannical mandates, your industry members will show up!

The SHOW Show has also expanded its footprint with a new expansion to Caesars Forum and an outdoor pavilion, increasing the size of the show to over 800,000 net square feet of space (a new record for what was already the fifth-largest trade show in Las Vegas).

The NSSF SHOT Show starts on January 17th with Industry Day at the Range in Boulder City,  and then opens the full show at the Venetian on January 18th through January 21st. SHOT Show is expected to bring in over $88 million in non-gaming revenue to the Las Vegas economy.