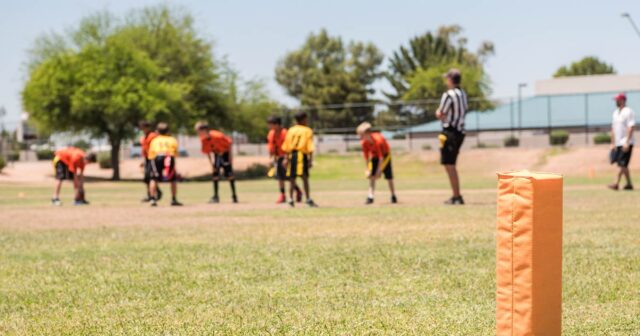 We are learning that a second student has collapsed and died of cardiac arrest at a Las Vegas High school last week. Jordan Tyler Brister was found dead in a school bathroom at Amplus Academy, a public charter school, after attending a PE class. His parents said in a GoFundME post that he “suddenly and unexpectedly suffered cardiac arrest while at school with no explanation as to why.”

The school, who posted the news on Facebook, turned off commenting to the public because you wouldn’t want anyone mentioning the possible real cause of what’s going on here!

This comes on the heels of another Las Vegas High school student dropping dead from heart issues while playing at her school’s flag football game. The 16-year-old, identified as a Desert Oasis High School student Ashari Hughes, played in a flag football game when she collapsed and died from “heart-related” issues last week.

Of course, the evil bastards in our local media are toeing the line and pretending that it’s 100% normal for 16-18-year-olds to drop dead of heart attacks during physical activity. Not a single word about the shot that they pushed on these kids for over three years or holding anyone responsible for injecting an entire generation with an experimental MRNA shot over a cold that was of ZERO danger to them.

This all comes as the mainstream media is having a harder time covering up the sudden deaths of athletes on the field after a sting of on-air collapses occurred.

Here’s the collapse of @NFL player Damar Hamlin. Word is, he has a pulse but not breathing on his own.
IMHO this hit DID NOT CAUSE Demar to encounter what he’s encountering. To avoid controversy I’ll keep my opinion pic.twitter.com/mBFDGN4RFr

How many more athletes have to collapse on live T.V. Before the media admits what’s happening? ? ?

Two in the NFL this week and now another college basketball player… pic.twitter.com/SHHmGagXEd

How much longer can this be ignored? When will those who pushed the shot be held accountable?

According to a report by Tucker Carlson, prior to COVID there were roughly 29 cardiac arrests in Professional European sports leagues per year. Since the COVID “vacccine” was pushed on the world, that number has jumped to over 1,500 per year.

Cardiologist Dr. Peter McCullough discusses his findings with Tucker Carlson on the disturbing trend of more young athletes collapsing on the field with heart issues than ever before.