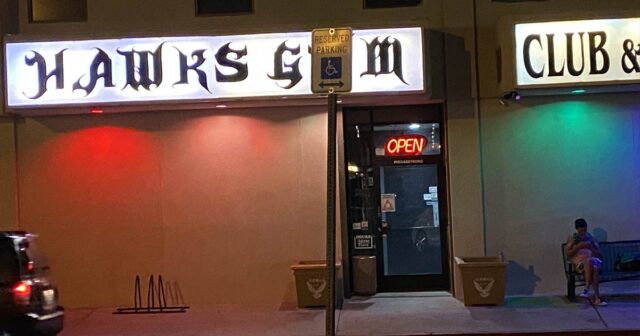 The Southern Nevada Health District has confirmed another case of Monkeypox in Clark County.  According to the Health District, the individual, a male in his 30s, was diagnosed in another state.

We received a report of a second case of monkeypox in a Clark County resident, who was diagnosed in another state and reported to the @CDCgov. The individual, a male in his 30s, is isolating at home. We’re in the initial stages of investigating the case: https://t.co/xg3LdIoIjM pic.twitter.com/6UBHbfV1ZN

Despite the second confirmed case, SNHD and the Nevada democrats who run the county — the same ones who destroyed our economy over a cold — are refusing to stop the “Pride” events or close down the illegal gay sex clubs that almost all health officials admit are the reason the virus is spreading!

Just like in the first case, The man is supposedly self-isolating at home; and again, we have learned that there is no mandatory contact tracing happening, and the gay sex clubs where this disgusting disease is spreading are not being told they need to shut down or even take the most basic safety precautions.

Local Media Not telling public how it is being spread!

CDC issues bizarre guidance for having sex with monkeypox!

You really can’t make this up!!!

Earlier in the month, the degenerates who run the gay dating/sex app Grindr sent out a monkeypox alert urging gay and bisexual men to be aware of the virus’ symptoms. The warning was issued to users across Europe last night, advising them to contact their sexual health provider if they have any unusual sores or rashes.

Nevada Democrats destroyed our economy over a cold, but they won’t close down illegal gay sex clubs and Pride events to stop Monkeypox!

Governor Sisolak, who ruthlessly targeted small business owners and bars during the COVID shutdowns, has still refused to say a word about Monkeypox showing up in Clark County. But, of course, doing so would immediately draw attention to the numerous gay sex clubs he allowed to operate throughout Las Vegas during the COVID crisis.