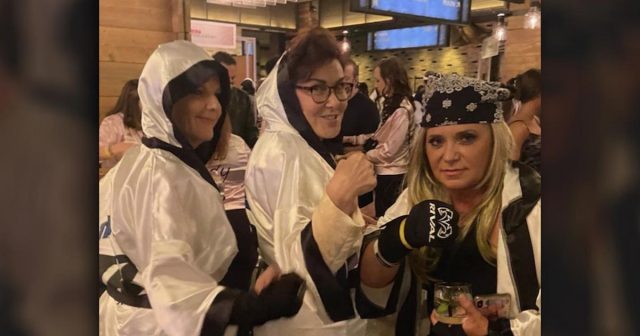 As much of the nation mourned on 9/11, Democrat Congresswoman Susan Lee and Senator Jacky Rosen partied at a mask-free party at the Cosmopolitan Las Vegas in honor of Casino Billionaire Elaine Wynn.

While Governor Steve Sisolak has banned the public from entering Las Vegas casinos or any indoor building in Nevada without a mask, the Democrats who push these draconian mandates don’t seem to follow them themselves.

According to the Washington Free Beacon, Elaine Wynn, guest of honor at the maskless soirée, has donated more than $13,000 to Lee since 2015. Elaine Wynn has donated tens of thousands of dollars to Democratic candidates and committees since 2001.

Elaine Wynn’s nephew, Andrew Pascal — the criminal who designed the contract tracing app that was used to force small businesses to shutdown — has personally benefited from the shutdowns and the mandates that he helped push.

Keep in mind, it’s easy for Rep. Susie Lee of Nevada to cheer for the Sisolak Mandates and Shutdowns, while not being affected by them in the slightest. She has assets worth $35,712,000, has 17 homes, private jets, and her ex-husband’s Casino Company, Full House Resorts, stole $5.6 million in COVID Funds!

After the CARES act was passed, Full House Resorts — the company owned and operated by Lee’s husband, Dan — applied for and received $5.6 million across two PPP loans. Lee and her ex-husband who own millions in stock and stock options for Full House, saw their stock prices immediately soar in value.