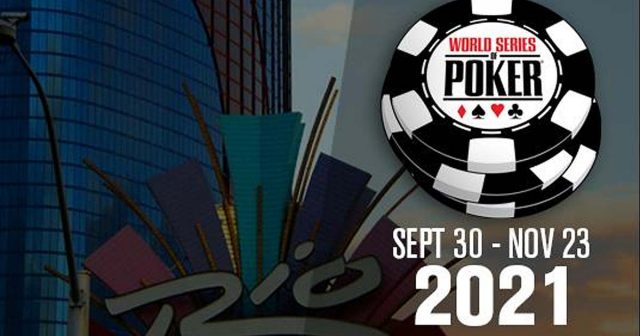 And the absolute COVID insanity and hysterics has now entered The World Series of Poker .

The World Series of Poker updated their rules saying that any player suspected of having a “Close Contact” with a COVID positive person will be removed from the tournament, they will forfeit play, and their chips will be removed from play and no refund will be given to the disqualified player.

On top of that, the rules now state that the Rio “reserves the right to remove any Participant from any WSOP Event at any time prior to or during the WSOP Event, in its sole and absolute discretion, for any health or safety related reasons.”

Can you imagine signing up for any poker tournament where the mere allegation that you were around someone who wasn’t even sick, but is claimed to be “COVID Positive” means you are not only disqualified but you forfeit your money?

Will WSOP be canceled?

As it stands, it is not only unethical to run a poker tournament where a player can be removed because someone claims he was near a guy who tested positive, but it would be almost impossible to actually hold the tournament. Under current RIO and WSOP guidelines, entire tables would be essentially ejected from the tournament simply because they sat at a table where someone may have tested positive or someone claims they look like they might have COVID.

One COVID positive player (that could be a false positive) and you could easily see upwards of a hundred players who were in the vicinity with dealers and table changes. And keep in mind , that could be over a million dollars in players’ money stolen by the Rio and WSOP. How can any of this be legal or allowed by the Nevada Gaming Association?