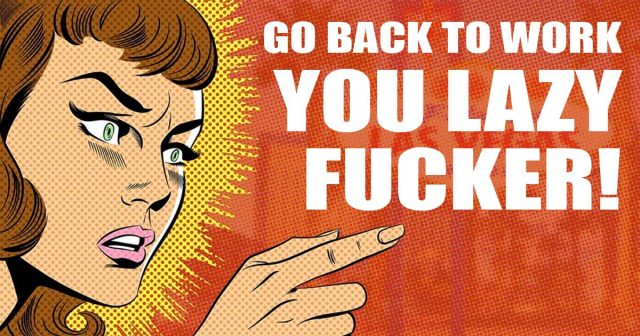 With restaurants still struggling to make a profit with Governor Steve Sisolak’s idiotic capacity restrictions, as customers start to come back, many restaurant and bar owners say they are having a hard time finding people who actually want to work.

We’ve talked to dozens of local restaurant owners, they all say they are having the same problem, they can’t find people who will come back to work. An employee at the Grand Lux Café at The Venetian told us they’ve been slammed and are having a hard time keeping up due to lack of workers.

Just about every restaurant and bar in Las Vegas is hiring, but between unemployment checks, round after round of COVID stimulus, promises of more democrat handouts, and Sisolak’s eviction moratorium that allows lazy bastards to live rent free as long as they pretend to be scared of covid, the number of available workers has dwindled.

Many have even taken to social media or thrown job fairs trying to encourage people to come back to work. For instance, Corner Bar Management had a job fair today trying to fill positions at all of their properties. Famous Dave’s posted on Instagram earlier today that they are hiring at all Las Vegas locations.

For those who want to work, there is money to be made. In fact, a number of local bartenders and restaurant workers tell us they have been working double shifts, or 6-7 days a week since last May.

Without an available workforce in Las Vegas, it will be difficult for things to get back to normal.

Of course, this is all coming from the top. One of the first things the Biden administration did was make it easier for these lazy bastards to pretend they are scared of the virus, and collect unemployment indefinitely.

In January, Biden issued an executive order forcing the Department of Labor to issue guidance that clarifies “workers have a federally guaranteed right to refuse employment that will jeopardize their health and if they do so, they will still qualify for unemployment insurance.”

And over the last week, The Internal Revenue Service sent out COVID-19 relief checks to another 37 million Americans. The payments, which total up to $1,400 each, aren’t going towards rent – no one has to pay that – instead, people are out there buying triple lattes at Starbucks.

If you listen to democrats, people are starving in the streets. But if you look at what’s going on with a company like Starbucks you’ll see exactly where the stimulus money is going – back into the hands of the corporations that have made a killing off the so-called  pandemic.

Brokerage Service firm BTIG is betting big on Starbucks and other retail stores that sell unemployed millennials stuff they don’t need. “We expect these younger cohorts flush with stimulus cash to venture out in the coming weeks, complimenting the sales benefit from older cohorts who have already been vaccinated,” BTIG said.

Starbucks, McDonald’s and Walmart all pushing for more stimulus packages.

Some of the country’s largest corporations are appealing to lawmakers to pass even more stimulus packages.  The heads of Starbucks, McDonald’s and Walmart have all voiced their support for congress to approve even more aid – and why not, look where the so-called aid is going. It’s being funneled through these corporations and heading right back to China so they can produce even more garbage for our unemployed masses to consume!

Starbucks stock is up 75.3% over the past year.

Broken Monuments, Trashed Hotels, Garbage in the Streets – Welcome to...