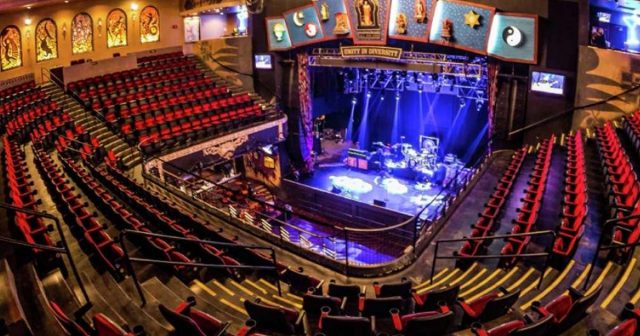 Starting October 4th (because nothing says emergency pandemic like waiting 2 months) the House of Blues at Mandalay Bay and Brooklyn Bowl at Linq Promenade will require proof of vaccination or a negative COVID test to attend concerts or events inside their venues.

Live Nation, the largest concert company in the world, and the operators of both the House of Blues and Brooklyn Bowl announced the policy this evening. In a statement, Live Nation Entertainment President and CEO Michael Rapino said, “Vaccines are going to be your ticket back to shows, and as of October 4, we will be following the model we developed for Lollapalooza and requiring this for artists, fans and employees at Live Nation venues and festivals everywhere possible in the U.S.”

Employees will have to be vaccinated and will not get a pass with a negative test result, Live Nation said.

The news comes as a number of concert venues and major events in Las Vegas have announced that they will now ban unvaccinated people from being able to go about normal life. Today, The Smith Center in Downtown Las Vegas announced they will require proof of being vaccinated against COVID-19 to enter the venue.

Yesterday,  AEG Presents, the company that operates The Theatre at Resorts World and the Theater at Virgin Hotels Las Vegas, announced that it will ban unvaccinated people from entry into its owned and operated clubs, theatres, and festivals.