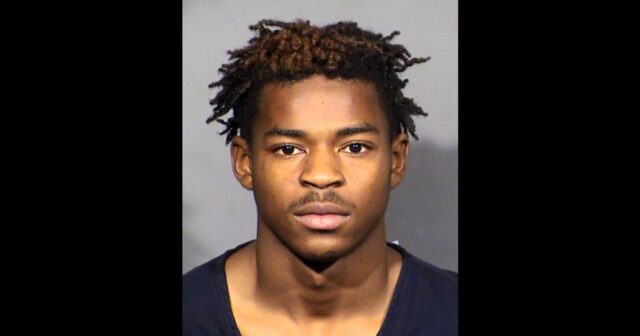 Right before New Year’s Eve, we reported on the latest shooting on the Fremont Street Experience. At the time, the media and the police refused to give a description of the shooter, despite multiple casino cameras filming the chaos.

Today, Las Vegas Metropolitan Police say they arrested a black 16-year-old for shooting into the crowd of people on Fremont Street on Dec. 29th. Na’quentin Norsworthy, is accused of shooting two people at the Fremont Street Experience at the intersection of 3rd Street and Fremont Street, near the D Casino.

More video from the Fremont Street Shooting last night — Metro, the media and the city not releasing description of the shooter.

Notice kids everywhere, no security or police, despite city pretending there is a curfew and security measures in place.https://t.co/ARlo5K0dBZ pic.twitter.com/tPUbGnSr1V

According to our sources, the incident was kept quiet because the shooter was an employee at the Mcdonald’s inside Derek Stevens’ D Casino. However, we are told that there were multiple surveillance videos from the D Casino and the Fremont Street Experience showing the employee getting off work and then firing several rounds at a crowd of people on Fremont Street.

According to reports that were available the day of the shooting, and are just now being released to the public, one of the victims asked Norsworthy for a receipt inside the casino. He flipped her off and then got into an altercation inside the casino with other guests.

Norsworthy claims a group of customers “ran after him” after his shift.

“Na’Quinton said he grabbed a black 9mm Glock handgun from his backpack and shot approximately eight rounds behind him as he ran away, attempting to scare the group that followed him,” police said. He then ditched the weapon, which police have still not located.

While the local media is refusing to talk about how Fremont Street and the Strip have been taken over by street gangs and thugs, the fact is people are being assaulted, robbed and even killed on the Las Vegas Strip and Fremont Street almost nightly.

This is something we have been warning was going to happen for the last three years. The Fremont Street Experience, the City of Las Vegas, and Fremont Street Casinos are all aware of the chaos that goes down nightly. From allowing teenagers to drink, do drugs, and assault tourists to the nightly rioting and mob fights, casino owners like Derek Stevens have been more concerned about pushing government-mandated vaccines on their employees than protecting tourists from the gangs of mentally ill addicts who now roam Fremont Street.

Las Vegas media forced to finally cover an actual crime story after accidentally catching it live on TV…. yet the latest daily ghetto fight followed by another thug pulling a gun on people down on Fremont Street today… https://t.co/2WJqy0LPAC

The @CityOfLasVegas has really cleaned up Fremont Street.