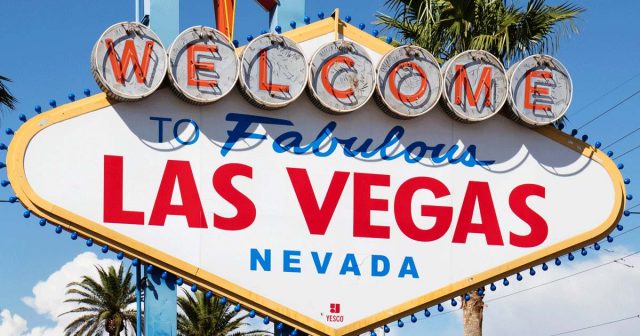 Thanks to Governor Steve “Shitbag” Sisolak’s targeted destruction of our city, with his bogus COVID shutdowns, Las Vegas has sadly turned from the entertainment/tradeshow and business capital of the world into Ghetto Central!

This is what happens when you ban business events, shut down the entire convention industry, close bars, tell locals to stay home, and invite BLM Ghetto trash to invade our city. This is only a small sample of what we are facing thanks to the socialists who run our town. The local media will not cover the mass violence that is plaguing our once great town!

Welcome to Labor Day Weekend at the Encore… Yes, this is now happening even inside billion dollar resorts and our media says nothing!

More ghetto trash from California… nightly Las Vegas hood fights continue… this is what Sisolak has done to the Encore. Whole new type of customer! Yet again our local useless media ignores the violence! pic.twitter.com/svI1aEqNgb

Thanks Steve… You have turned Vegas into the Ghetto…
This is now happening even in the Wynn Encore!https://t.co/yscF95fFvK pic.twitter.com/6NFjLpP0qR

Want to do a little shopping, head across the street to the upscale Fashion Show Mall…

Welcome to Sisolak’s new Las Vegas Strip… here’s what has become of Fashion Show Mall on the strip… Ghetto BLM at its best… pic.twitter.com/zzrwBY30xH

Didn’t find what you were looking for? Prices a little too high? Well, strap on that Sisolak-approved government compliance mask, hop in an uber (if you can find one), and head on over to Boulevard Mall.

Can’t say this one is too shocking being Boulevard Mall and all, but here is some more Labor Day fun in Vegas ignored by our local media… pic.twitter.com/MuxbTfNp0a

Did you bring your kids? You’re in for a treat, head on down to the Southpoint for a little family bowling action…

The new Las Vegas courtesy of Sisolak and the communists from @CityOfLasVegas who refuse to shut down BLM crime spree that’s plaguing the city! pic.twitter.com/KMBZtWchzk

Now it’s time for a walk down the strip…

The new Las Vegas Strip, courtesy of the Democrat party of Nevada and Steve Sisolak – More complete Chaos on the Las Vegas Strip that our media refuses to cover. pic.twitter.com/lp8nWMTfrF

Welcome to The Cosmopolitan of Las Vegas – Are you enjoying what Sisolak’s done to our once great city? We’ve lost CES, SEMA, & now the NFR Rodeo so Sisolak could replace it with Nightly Ghetto fights! This isn’t about a virus, it’s a hostile takeover & a war against the people pic.twitter.com/GNjIu2u4BA

Yep… fights even inside the Casinos too! Nothing but class coming into the new Las Vegas. pic.twitter.com/MWgTIrlmRm

Another night of Sisolak approved chaos on the Las Vegas Strip… these new visitors have destroyed our city! Yet again, local media is silent! pic.twitter.com/WZr1ehxGlR

Fan of old western Gunfights? Well, we don’t have cowboys any more — NRF moved the Rodeo to Texas thanks to our dipshit governor’s ban on events, but the strip does have real-life gunfights courtesy of BLM!

And don’t worry about losing too much in the Casinos, these friendly fellas will help take your money right outside the door…

Welcome to the new Las Vegas strip courtesy of the socialists who now run Vegas and our Governor who has destroyed our economy and imported ghetto BLM scum from California … right in front of the Linq… pic.twitter.com/aLHw3uYAEM

Maybe you want to instead check out the trendy downtown arts district, then head on over to Fremont Street… What’s that, you are worried it might be boring since our sack of shit governor shut down the bars and free nightly bands and entertainment? Don’t worry, you are in for a treat. Check out Sisolak’s new free nightly entertainment…

Welcome to Sisolak’s new Las Vegas where @CityOfLasVegas does nothing to stop the scum pouring into our city! It’s no longer safe! pic.twitter.com/gHq5kcxIhi

The City of Las Vegas and Sisolak have turned Vegas into the Ghetto… sadly it’s no longer safe to walk on Fremont Strest or the Strip without being assaulted by ghetto trash because the city is to busy harassing business over masks and catering to criminals. pic.twitter.com/PYxp17gZwi

Even the plane rides to our city are now filled with fun, thanks to the new vistors we are attracting…

American Airlines flight leaving Las Vegas with the new typical Vegas tourists… this is who comes to Las Vegas when you elect socialists, close the bars, cancel conventions and cater to the lowest scum on earth pic.twitter.com/quReNB2QH9

Thanks Governor Steve “shitbag” Sisolak! You have turned one of the greatest places in the world into something none of us recognize or want to be part of.