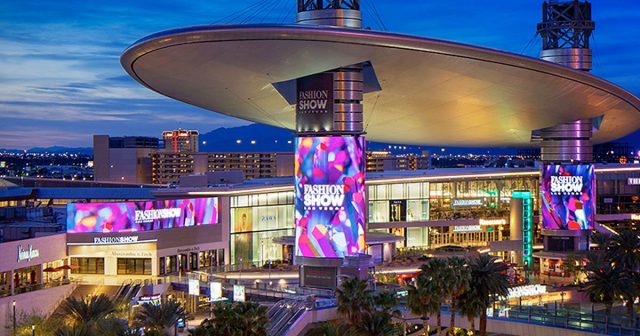 A woman was shot in the chest and killed at Fashion Show Mall, in what early reports say happened during a robbery at the mall.

Early reports say the 66-year-old woman and her husband were exiting their vehicle when they were approached by a Mexican or black male. The shooter apparently tried to take the woman’s purse, an argument ensued, and the robber pulled out a handgun and shot the woman in the chest.

Police say the woman was transported to University Medical Center where she later died. Homicide detectives are currently investigating, but so far the suspect is not in custody.

This is just the latest bit of violence in what has become an almost daily occurrence on the Las Vegas Strip. In fact, just yesterday a homeless man was brutally stabbed by another homeless addict in front of the Luxor Hotel and Casino. Just minutes after the shooting at Fashion Show Mall, two people were shot just down the road at Meadows Mall off the 95.

This is just the latest in a long string of attacks on the Las Vegas Strip. Over the last couple of weeks, we’ve had a murder inside the Rio, a shooting inside Bally’s, a housekeeper killed at Bally’s, a man beaten almost to death for not wearing a mask inside a Las Vegas store, a man stabbed by a homeless man inside the Paris Casino, a man shot 11 times by a homeless addict in Chinatown, and countless assaults inside Casinos and throughout Las Vegas.