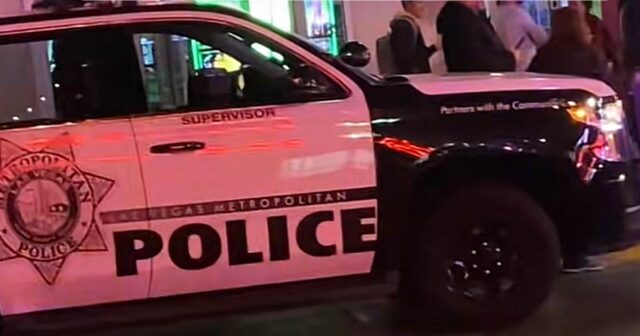 Yet another shooting just happened tonight on Fremont street. The entire Fremont Street Experience has been closed and tourists are stuck inside the casinos.

More video from the Fremont Street Shooting last night — Metro, the media and the city not releasing description of the shooter.

Notice kids everywhere, no security or police, despite city pretending there is a curfew and security measures in place.https://t.co/ARlo5K0dBZ pic.twitter.com/tPUbGnSr1V

The event continues a disturbing trend of violence in Las Vegas, and mirrors the mass-violence that plagued our city last New Years weekend when multiple people were shot and killed.

While the local media is refusing to talk about what’s really happening in Las Vegas, refusing to acknowledge that Fremont Street and the Strip have been taken over by street gangs and thugs, the fact is people are being assaulted, robbed and even killed on the Las Vegas Strip and Fremont Street almost nightly.

This is something we have been warning was going to happen for the last three years. The Fremont Street Experience, the City of Las Vegas, and Fremont Street Casinos are all well aware of the chaos that goes down nightly. From allowing teenagers to drink, do drugs, and assault tourists to the nightly rioting and mob fights, casino owners like Derek Stevens have been more concerned about pushing government-mandated vaccines on their employees than protecting tourists from the gangs of mentally ill addicts who now roam Fremont Street.