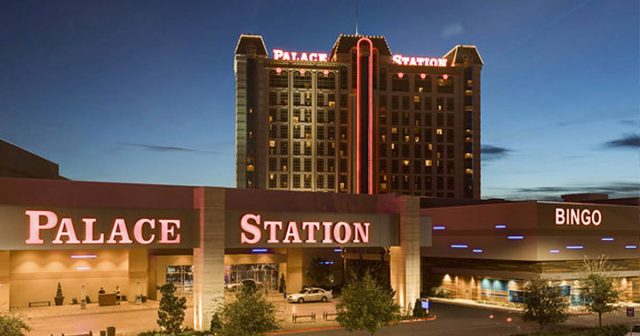 UPDATE: Las Vegas Metro confirms two people are in custody, they say this is related to the Fashion Show Mall Shooting!

Please see the attached documents for more info on the arrest of Jesani Carter (20) and Jordan Ruby (20) for their involvement in multiple events on Dec 31, 2021.
Anyone with any info about these incidents is urged to call LVMPD Homicide at 702-828-3521, or @CrimeStoppersNV pic.twitter.com/09pvtGM3BE

Las Vegas Metro police are investigating a shooting in the parking garage at Palace Station Hotel and Casino. The shooting was reported just after 6pm. Police confirm that this shooting is being investigated as a homicide.

As our idiot governor tweets about how safe he is making Vegas this New Years, it looks like an active shooter is making his way around Vegas killing people around the Las Vegas Strip.

I joined a security briefing at @LVMPD ahead of the New Year’s Eve activities tonight in Las Vegas. I’m grateful to all our officers and emergency personnel, including the @NVNationalGuard and @NV_StatePolice, for their service and for keeping us all safe.

Las Vegas Metro police are investigating the third shooting of the night, this time in the parking garage at Palace Station Hotel and Casino. The shooting was reported just after 6pm, making this the third separate shooting of the day. Our sources are telling us that police suspect this may have been the same shooter from the Fashion Show Shooting this afternoon.

Police are also investigating a robbery tonight at the Sahara Casino parking garage, that they believe is also releated.

If this is indeed the same shooter, the local media should be held criminally liable since they were telling people that there was no danger to the public after the Fashion Show Shooting — in an attempt to cover for our idiot governor and sheriff.

Earlier in the day a woman was shot in the chest and killed at Fashion Show Mall. An hour later someone opened fire inside Meadows Mall shooting 2 people. While people were being shot at two separate malls in Las Vegas, our idiot governor was tweeting about keeping our city safe and  sending out enforcement teams to harass Casino patrons about wearing their masks!

Three shootings in one night and instead of stopping the violence our moron Governor is using the national guard to intimidate people into wearing masks inside Las Vegas Casinos!https://t.co/qxukIfhLUu pic.twitter.com/TzPfIonV4t

This is the third shooting today, and the latest in a long string of attacks in Las Vegas. Over the last couple of weeks, we’ve had a murder inside the Rio, a shooting inside Bally’s, a housekeeper killed at Bally’s, a man beaten almost to death for not wearing a mask inside a Las Vegas store, a man stabbed by a homeless man inside the Paris Casino, a man shot 11 times by a homeless addict in Chinatown, and countless assaults inside Casinos and throughout Las Vegas.

As the Governor’s COVID policies turn Las Vegas into a Third-World Hellhole, the problems just seem to be getting worse! Here is just a small sample of what we have covered: