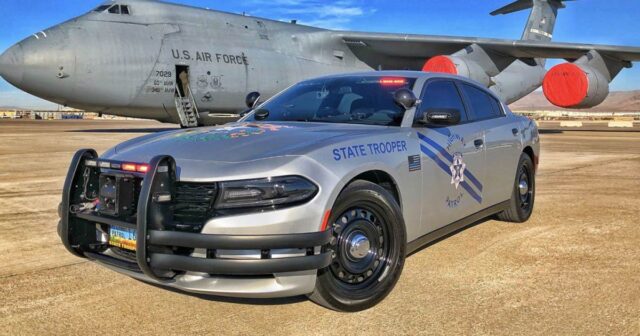 This morning another Union announced they were not supporting Governor Sisolak in the upcoming election. This morning, the Nevada Police Union (NPU) issued a vote of no confidence in Governor Sisolak. NPU represents troopers, game wardens, park rangers, parole officers, university police, and other state police officers who protect Nevada.

Nevada Police Union (NPU) members voted ‘No Confidence’ in Governor Steve Sisolak over his handling of the critical shortages and turnover rates of state police. NPU is the state’s largest police union, representing all category I peace officers including Nevada’s highway patrol troopers, parole and probation officers, fire marshals, state detectives, game wardens, park rangers, agricultural police, and university and capitol police. The vote took place from October 14 through 17 and resulted in 95.3% (451-22) of the voting members declaring ‘No Confidence’ in Governor Sisolak.

NPU has continuously sounded the alarm on pay inequity and poor working conditions that has caused record high turnover rates and vacancies of state police, which leaves Nevadans less safe. NPU provided solutions to the governor’s office to address these issues, including the use of Coronavirus State and Local Fiscal Recovery Funds, a program of the American Rescue Plan Act (ARPA) that can be used by states to distribute COVID-19 hazard and/or retention pay to state police officers. While many states have used these funds to support police, the governor’s office claimed using these funds in this manner was not appropriate or a priority. NPU went so far as to engage Nevada’s senior senator, Senator Catherine Cortez Masto (D-NV), who voted for the funding programs. Senator Cortez Masto’s office authored a memo on October 6 outlining the appropriate use of the funds for public safety and noted during passage of ARPA, “This is a comprehensive package that will help our local communities keep first responders on their payrolls.” Similarly, U.S. President Biden called for states to use federal resources to make investments in public safety and law enforcement. Even still, Governor Sisolak took no action. The final straw and motion for a vote of no confidence came after Governor Sisolak dismissed the senator’s memo.

In addition, under the leadership of Governor Sisolak, the state increased Public Employees’ Retirement System and health insurance costs, reduced uniform allowances, and mandated furlough days. These increases exacerbated a state police pay inequity of 25%-50% below their counterparts at the local level.

“The state is collecting approximately $1 billion more revenue than projected this year along with billions in federal funds coming into the state. Yet once again, state police have been left out and our vacancy and turnover rates continue to be ignored, ” said Dan Gordon, president of NPU. “It has become clear that our members believe public safety is not a priority of this governor and that is why they have overwhelmingly declared no confidence in Governor Sisolak to ever address these critical issues.

“It’s a shame the Nevada Police Union has stooped to political stunts as a part of ongoing contract negotiations with the state. These stunts only hurt the men and women who put their lives on line every day to keep our communities safe.

The Governor has a career-long record of supporting law enforcement. That won’t change now or ever. He deeply understands the issues facing our public safety employees and it’s why he committed – back in February – to funding sustainable raises for State Police in his budget, a budget that cannot be passed until the Legislature meets in 2023. The state will continue negotiate with the union, something that would be impossible without Governor Sisolak signing collective bargaining into law in 2019.

From eight people being stabbed in front of the Wynn by a homeless illegal alien to a man being beaten to death with a cinder block in front of Mandalay Bay, our city is a disaster zone with nightly attacks on tourists, murders inside of billion-dollar resorts, and homeless addicts who have turned parts of the infamous Las Vegas Strip into a homeless camp.

While the media and our derelict governor ignore the crime, and conventions cancel left and right because they fear sending their employees into a warzone, significant areas of the Las Vegas Strip have become No-Go Zones taken over by gangs and homeless addicts on the strip.

We now live in a town run by criminals, COVID profiteers, and democrat politicians who are hell-bent on destroying the American Dream. Just take a look at our article earlier in the month on what is really going on in Las Vegas.

And as Las Vegas falls apart, where is our governor? Helping his democrat allies and MGM get rich through what we believe is a money laundering scheme designed to help himself and his wife Kathy Ong get rich.