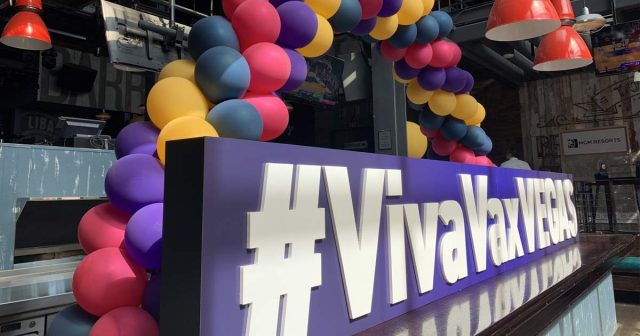 This morning MGM held their VIVA VAV VEGAS program where they encouraged parents to use their kids and human Guinea Pigs, so they could win Casino prizes and Hotel Rooms at MGM properties.

Degenerate parents who allowed their children to be abused by the State Government were given a chance to win the following MGM prizes:

And of Course, our idiot of a Governor was back to wearing his propaganda mask!

This is all part of the latest behind the scenes effort by the Sisolak administration to push another round of shutdowns and mask mandates. Yesterday, we exposed the agenda in a leaked Sands Corp memo that shows Sisolak was trying to use Casinos in an effort to push the programs on the public.

His reelection campaign fears if he enacts the mandate himself it could hurt his chances at reelection, so they are threatening Casinos to enact the mandates so he can say it’s “private business” that’s doing it.