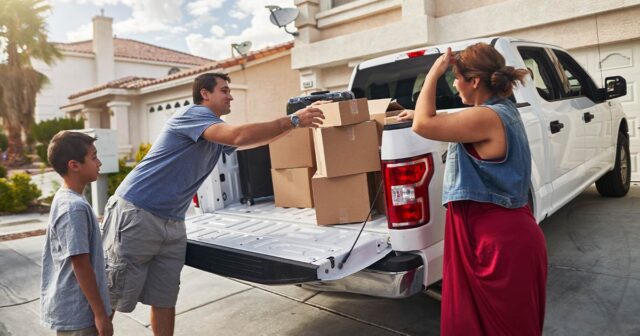 In the latest attempt to make sure you own nothing, can make no money from your investments, and enslave you to the government, Congressman Steven Horsford is attempting to use COVID-style emergency mandates on the housing market.

Last month Congressman Steven Horsford (NV-04) introduced legislation to punish people for having the audacity to want to own and possibly make money from their own homes.

The legislation targets homeowners and landlords though using the Department of Housing and Urban Development to harrass, fine, and enact pricing controls that would prohibit homeowners from charging what they believe is a fair rent for their home.

The Housing Oversight and Mitigating Exploitation Act would:

Democrats attempting to crash housing market so they can flood your neighborhoods with people who refuse to work!

Horsford is attempting to enact price controls, tell you what you are allowed to rent your house for, and kill your investments! https://t.co/002wgFc45r https://t.co/OljhdXpsFm

Governor Steve Sisolak signaled his support for the bill earlier in the month while speaking to illegal aliens at a Culinary Union Event, and has promised to target homeowners and enact rent control if reelected. illegal aliens and so-called “Union members” were joined by Gov. Steve Sisolak, Congressman Steven Horsford and Clark County Commissioner Tick Segerblom to promote the legislation to target homeowners.

We all know housing prices are out of control right now.
That’s why I’m proud to join @Culinary226 in our fight to ensure our communities remain affordable and that home means Nevada for everyone. pic.twitter.com/6iJmyS5NpF

Horsford announced his bill will use the Department of Housing and Urban Development to target corporate landlords (white oowners) who are “targeting minority households”:

“What is my bill going to do? It’s going to hold those out-of-state corporate landlords accountable for gouging my constituents.It’s going to make sure that we empower the secretary of the Department of Housing and Urban Development to go after these price gougers to get the evidence to show that they are targeting Black, Latino and single family neighborhoods because they care more about their profits than the people in our neighborhoods.”

Sisolak announced that he and his legal team are assessing options to target landlords:

“Our state in the last couple of years has faced unprecedented growth in out-of-state speculators coming in and buying up homes in our neighborhoods, and raising the rent. They’re not investing in our community. They’re taking money out of our community back to their corporate headquarters and not supporting the citizens. My opponent, Joe Lombardo, is supported by the elite out-of-state landlords that are fighting a dark money campaign trying to buy up homes, and we can’t afford that type of development.

My legal team is looking at what’s been done across the country, whether there can be assessment against corporate landlords. And they’re buying these homes with tax abatements on all the properties as well, which is reducing property taxes which is reducing our funding for schools. So we need to have everything on the table when it comes to addressing the greed of corporate landlords.”

Using Race to Target Successful People and Flood neighborhoods with People Who REFUSE to work for a living!

Make no mistake; this has ZERO to do with actually helping people afford rent or new homes. In fact, this is a direct attack on people who worked for a living to make something of themselves.

The same democrats who allowed BUMS to use COVID as an excuse not to pay rent for two years are now attempting to put the final nail in the coffin and kill off small business owners and small landlords while ensuring the only people left in the market will be large corporate landlords like Blackrock, who will own vast areas of section 8 housing!