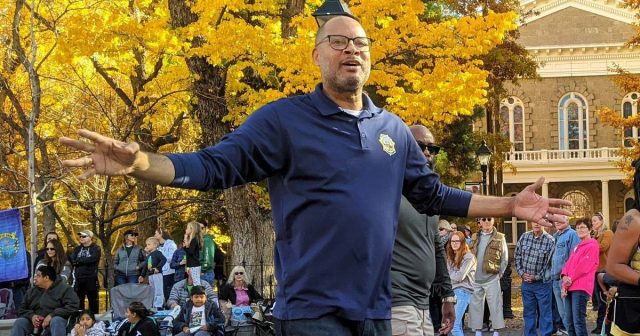 I usually stay away from issues that are not specifically Vegas or Nevada related, but this morning our convicted criminal, Attorney General issued a statement that should scare the hell out of all law-abiding citizens in our state.

After Kyle Rittenhouse was found not guilty on all charges, our Attorney General took to social media to not only cry about the decision to release an innocent child who was simply defending himself from radical left-wing monsters, but he also called on the public to “pray” for the “victim Rittenhouse injured and families of those he killed.”

Lots of mixed emotions about the #RittenhouseVerdict. And I can’t seem to find the words to express my thoughts right now. So, I won’t try.

Instead, I’ll pray for the victim Rittenhouse injured and families of those he killed. I’m sure they’re hurting.

Now keep in mind, this was a 17-year-old child who was being targeted by convicted criminals who were attempting to murder him in the streets.

Our Attorney General is so anti-constitution, and anti-self-defense that he is literally siding with people who tried to MURDER a child.

I guess it really shouldn’t come as a shocker that our criminal Attorney General would side with Pedos and Woman beaters, after all, he helped cover up his son’s crimes, a son who has a history of beating the hell out of women in Vegas Nightclubs!

The Attorney General of Nevada’s comments come as the President of the United States voiced his displeasure that a 17-year-old who simply defended himself from being killed by radical democrats wasn’t found guilty!

President Biden angry that an Innocent Kid wasn’t imprisoned for defending himself!

Urges Peaceful protests — Imagine having a president who calls on the public to protest against a 17-year-old who simply defended himself from being killed by radical democrats! pic.twitter.com/wZ2pVX3o3n

Can you imagine being part of a political party that sides with pedophiles and woman beaters?