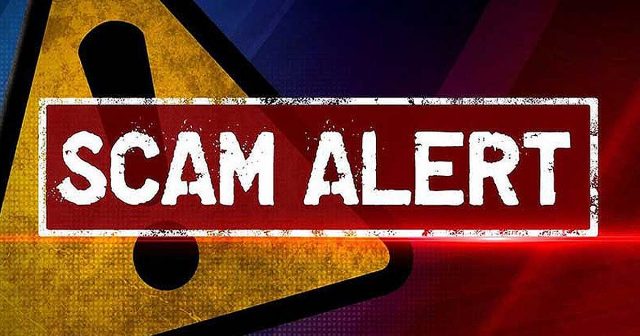 Even if you believe the government’s own numbers – which we all know are grossly inflated with deaths that had nothing to do with COVID – the current National COVID death rate is lower than almost any point since the so-called pandemic started and in Nevada starting to fall again!

Yet, if you listen to our Governor and his henchmen on the Clark County Commission the whole world seems to be in some sort of mortal danger and needs to again start accepting bizarre COVID restrictions, mask mandates, and mandatory vaccinations that have proven again and again to fail.

CDCs own numbers show this is no longer the deadly pandemic they claim it to be!

Even the numbers in Nevada, a place they are claiming is this deadly hotspot are at some of the lowest levels since the pandemic started and even after the reported “spike” in July are again falling.

Let’s put these numbers into perspective

When they try to scare you into taking the magic jab, masking up, and accepting vaccine passports, keep in mind that during the last 18 months of this so-called deadly pandemic there have been only 5,929 deaths in Nevada — and only a fraction of those actually died due to Covid, most had at least 3 contributing factors and likely would have died from with or without a positive COVID test!

Even if all of these 5,929 deaths were strictly due to COVID — which according to the CDC they are NOT — 6,417 people die from heart disease every year in Nevada (over 10,000 since the pandemic started) are we going to ban fast food or mandate fat people need to lose weight???

An average of 5,283 die of cancer in Nevada every year, another 675 from drugs — yet, drug addict and Clark County Commissioner Tick Segerblom is raking in boatloads of cash from his connections to the “legalized” marijuana industry and sits on the board of a Canadian marijuana company that owns Greenmart of Nevada, a cannabis cultivation and production facility located in North Las Vegas. The guy literally has a strain of marijuana named after him!

This same human piece of shit who helped push the Nevada mask mandate and is lobbying for FORCED vaccinations to be able to work in Clark County makes money from products that directly contribute to Cancer deaths, but apparently those deaths are perfectly okay with Tick and the Clark County Commission.

Also, keep in mind that if you are under the age of 50, you are at almost NO risk of dying. 93% of the states deaths have been people over the age of 50, most of whom had at least three other serious health conditions, and not a single person under 18 has died in Nevada, yet our Governor just ordered all school children need to wear a mask at school.

But what about Hospitalization numbers?

Oh no, the dancing nurses are going to be overwhelmed!

They keep telling us how overwhelmed the hospitals are, yet we have more idiotic dancing nurses… first pandemic where the hospitals are so slow that medical staff has nothing better to do than make viral videos! pic.twitter.com/yeJ6mwKuDT

Well sorry, this is also nothing but propaganda. The fact is, even liberal Newsweek has admitted that hospitalization numbers have been grossly inflated. In fact, they contend that COVID-19 hospitalizations among children have been inflated by at least 40 percent. And for the brainwashed masses, even STANFORD MEDICINE agrees!

According to Stanford Medicine, Counting SARS-CoV-2 infections in hospitalized children overestimates the impact of COVID-19 in pediatric populations because such counts include many asymptomatic patients, according to a new study by researchers at the Stanford University School of Medicine.

“It’s really important that we distinguish between children who are hospitalized with asymptomatic SARS-CoV-2 infections and those hospitalized for COVID-19 disease,” said Alan Schroeder, MD, a co-author of the paper and clinical professor of pediatric critical care and of pediatric hospital medicine. “Our goal is to make sure we have accurate data on how sick children are getting. If we rely on hospitals’ positive SARS-CoV-2 test results, we are inflating by about two-fold the actual risk of hospitalization from the disease in kids.”

Hospitals are always run at high capacity, it’s how they make money!

The truth is the hospitals are always in danger of hitting capacity at certain times during the year, funny thing is prior to COVID no one seemed to care. In fact, just go to Google and search for “flu season hospital capacity” with any year before COVID and you will see none of this is new, people are just extremely gullible and brainwashed so badly by the media that they seem to forget even recent history.

And on, and on, and on. This is NOT NEW! Our hospitals have been mismanaged for decades, this is not a COVID problem!

When Governor Sisolak tells you that hospitals are full and at caapacity due to COVID, he is lying to you. In fact, only 16.6% of the hospital beds in Clark County are occupied by COVID-Positive patients. Now it’s important to also keep in mind that someone hospitalized due to a car accident, broken leg, an assault, etc.. who tests positive for COVID due to testing polices is included in that number!

And for those that are brainwashed by the local media, you can check for yourself. Clark County has 6121 Hospital Beds, even with the gross over-counting of hospitalized patients that are in the hospital for other reasons and just happened to test positive, the state of Nevada claims that as of today, 1,019 hospitalizations are due to “COVID” — giving you 16.6%!

According to the CDC, we are currently around 63% occupancy nationwide. Funny thing about that number, it’s actually lower than all of the Pre-COVID yearly hospital occupancy rates!

And while the local media likes to scare you with a copy local hospitals that are at higher than the national average occupancy rates, they don’t tell you that these are all hospitals that historically run higher than average. But if you look at one of our largest hospitals, UMC, they are currently sitting at an 61.3% a historic low for them. In fact, in this pre-covid report you can see that from 2007-2016 they had a 69.11% occupancy rate.